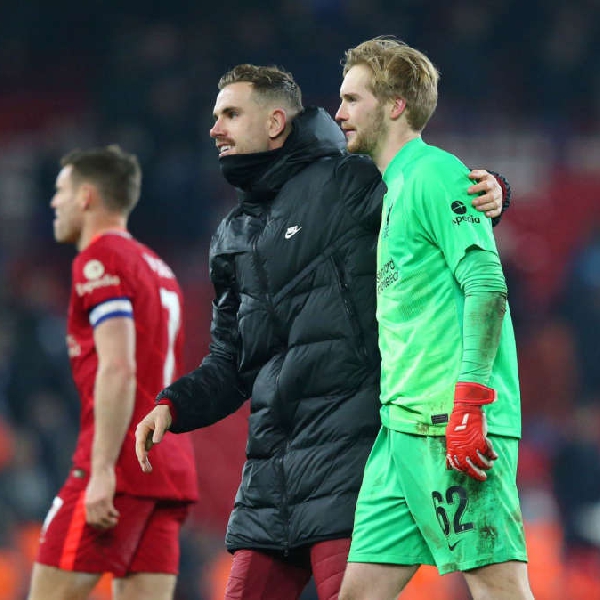 Brentford and Everton both exited the Carabao Cup last night.

League Two strugglers Gillingham got the better of Brentford in a shootout, after the sides played out a 1-1 draw.

At the Vitality, Everton were hammered 4-1 by Bournemouth.

Jamie Vardy scored twice as Leicester ran out 3-0 winners at home to Newport.

MK Dons beat Morecambe 2-0, Burnley were 3-1 winners over Crawley Town and Charlton overcame Stevenage 5-4 on penalties after a 1-1 draw.

Caoimhin Kelleher is in line for his first start of the season for Liverpool tonight.

They entertain Derby County in the Carabao Cup third round.

The tie of the round sees Manchester City face Chelsea, while Premier League leaders Arsenal are at home to Brighton.

Pat Gilroy is being linked with a return to the Dublin senior football management team.

The St Vincent's clubman guided the Dubs to the All-Ireland title in 2011, while he also managed the county's hurlers in 2018.

Reports suggest he could form part of Dessie Farrell's backroom for 2023.
=

Jerome Johnston says he won't be taking charge of Ballybay in their Ulster club football quarter-final against Kilcoo this weekend.

Johnston is a native of Kilcoo and has three sons and six nephews on the Down champions' panel.

Ballybay - who won the Monaghan title for the first time in ten years this season - beat Armagh's Crossmaglen last weekend.

Ireland have set Pakistan a target of 226 in their third One Day International in Lahore.

Leah Paul top-scored with 65 for the visitors.

New Zealand continue their bid for a first major limited overs cricket trophy when they take on Pakistan in the T20 World Cup semi-finals in Sydney this morning.

They qualified for the last-four as Group One winners - while their opponents scraped through as runners-up in Group Two.

The match is just getting underway.

Jimmy White is one match away from the first round proper at the UK Championship.

The 60-year old takes on Dominic Dale at Ponds Forge, with the first to six frames progressing to the first round proper.

There’s an eight-race card at Dundalk this afternoon, with the first off at 1.40pm.