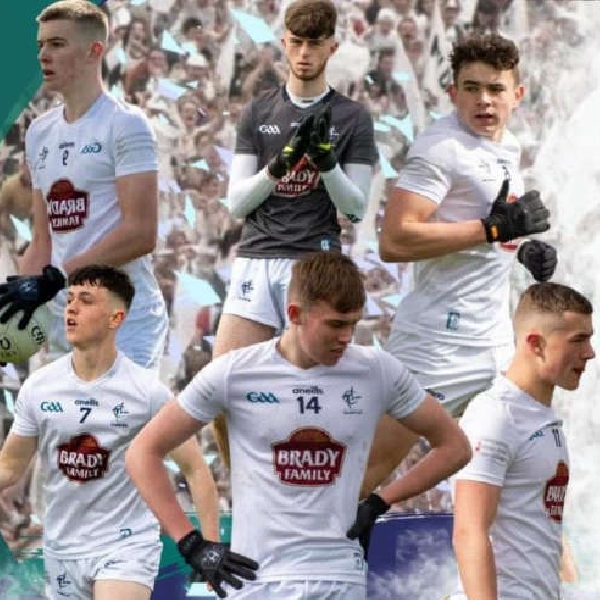 The game throws-in at 7pm, in St. Conleth’s Park, Newbridge.

KFM will have live updates with Séamus Dillon.

**Team Announcement **
Niall Cronin and his Management Team have announced the Kildare Minor Football team to play Wicklow in the Leinster MFC Semi-Final.
Game throws in at 7pm tomorrow, Wed, May 11th, in St. Conleth’s Park.
All support is very welcome. https://t.co/ouFStWknv8 pic.twitter.com/IjnD8bmJyu

Elsewhere tonight, Dublin's minors play Offaly for a place in the final.

All Ireland hurling champions Limerick are dealing with what they describe as a "breach of team protocols" by a member of the senior hurling squad.

The Irish Independent is reporting that a player was arrested and then released without charge, after being involved in an altercation in a pub with a Tipperary hurler following Sunday's Munster championship match between the sides.

A member of the senior Limerick hurling panel was arrested after an altercation in a pub in which a Tipperary hurler was allegedly head-butted https://t.co/p2VotjYepC

A second half header from Sadio Mane put Liverpool's Premier League title challenge back on the rails last night.

A brilliant header to secure a crucial three points at Villa Park! pic.twitter.com/0bgV4TgkoE

They came from behind to win 2-1 away to Aston Villa.

The Reds are now level on points with leaders Manchester City, but behind in terms of goal difference.

Manager Jurgen Klopp says rest is on the agenda for his players ahead of Saturday's FA Cup final against Chelsea:

They meet Wolves for an 8.15pm kick-off in Molineux.

Leeds United will look to move out of the relegation zone - they host Chelsea at Elland Road from 7.30pm.

Elsewhere, Everton are away to Watford and it's Leicester versus Norwich.

Featherweight Michaela Walsh is first between the ropes, with a last-32 bout against American Amelia Moore.

Next up is Light welterweight Amy Broadhurst, who goes up against Sara Beram of Croatia.

In the last-32 of the middleweight division, Olympian Aoife O'Rourke is up against another American in Naomi Graham.

There are 8 races on the flat at Gowran Park today, with the first off there at 1.35pm.