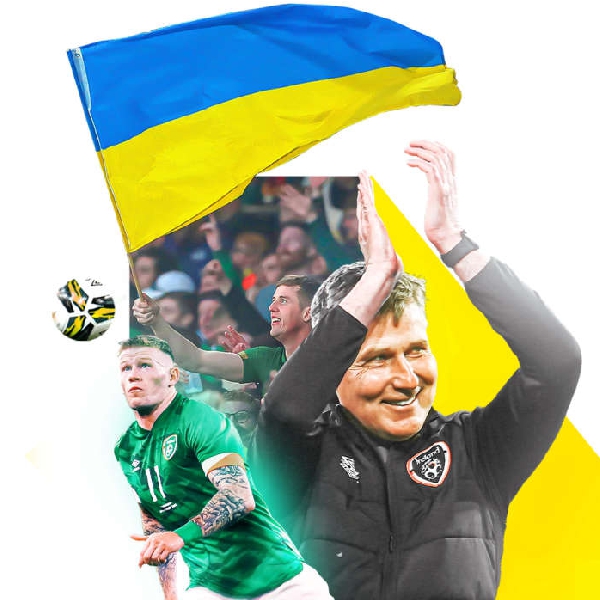 Kick off at 7.45pm, in the Aviva Stadium

Republic of Ireland manager Stephen Kenny says the team are aiming to bounce back from Saturday's defeat to Armenia tonight.

His side take on Ukraine in the Nations League this evening, four days on from the shock 1-0 defeat in Yerevan.

The visitors are expected to make wholesale changes after their World Cup play-off defeat to Wales on Sunday.

Kenny believes his side are capable of getting a positive result:

Kick-off in Lansdowne Road at 7.45pm.

In League A, Wales take on the Netherlands in Cardiff.

It finished 1-1 in Munich, with the visitors earning their first point of this Nations League campaign.

Italy sit top of that group on four points following a 2-1 win at home to Hungary.

Former FIFA president Sepp Blatter and ex-UEFA boss Michel Platini are due to appear at a Swiss court today on corruption charges.

The scandal effectively ended their reign at the top of world football.

Blatter's accused of authorising a payment of 2 million Swiss-francs from FIFA to Platini, in 2011.

They have both denied wrongdoing.

World men’s number 3 Alexander Zverev is out of Wimbledon.

The German has undergone surgery on an ankle ligament injury sustained in last week’s French Open semi-final with Rafa Nadal.

Wimbledon begins on the 27th of June, and Zverev’s brother Mischa says a return at SW-19 is out of the question.

There’s a seven-race card at Wexford this afternoon, with the first going to post at 2pm.

While in Cork, a seven-race programme begins at 5.05pm.