Man (31) Charged With Murder Of Ashling Murphy in Tullamore 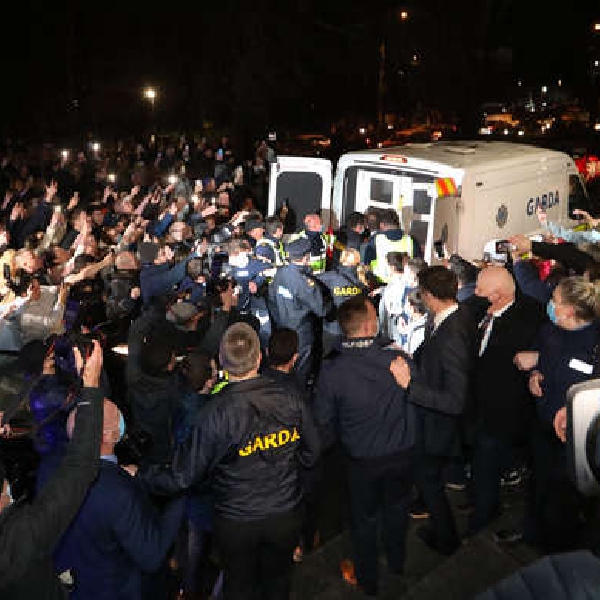 At a special sitting of Tullamore District Court.

A man has been charged at Tullamore District Court with the murder of Ashling Murphy in Co Offaly.

31 year old Jozef Puska, with an address at Lynally Grove, Mucklagh, was brought before a special sitting at the court last night.

The court was told he replied 'no' when the murder charge was put to him.

The accused man appeared before a special sitting of Tullamore District Court, and was remanded in custody at Cloverhill Prison after the brief hearing.

The accused was wearing a grey hoodie and trousers and was assisted by a Slovakian interpreter in court.

Eoin Lysaght, who was appointed as defence solicitor made an application for legal aid and for the services of an interpreter for the future court appearance.

A statement of his means was provided to the court during the brief hearing.

A number of family members stood in court with framed pictures of Ms Murphy.

Members of a crowd estimated at 300 people shouted and jeered as Mr Puska was led into court for a 8.15pm sitting and when he was taken away.

As Ashling Murphy's funeral was under way on Tuesday, Mr Puska was arrested after being discharged from a Dublin hospital where he had been treated for injuries since last Thursday night.

Irish Independent Reporter Robin Schiller says there were angry scenes outside the courthouse: