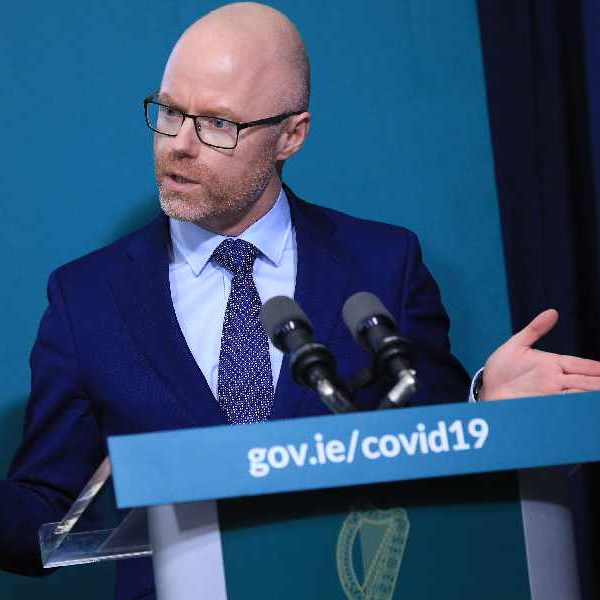 The go-ahead has also been given for trialling of spectator events in June.

The Cabinet has approved the easing of restrictions on indoor dining, international travel and live events over the summer.

Ministers signed off on plans that will see hotels open on June 2nd, outdoor dining on June 7th, and indoor dining on the 5th of July.

Cabinet has approved the easing of restrictions through June, July and August. No major changes today

While a number of trial live events have been given approval in June, with a view to ramping up crowds later in the summer.

Health Minister Stephen Donnelly says NPHET has given approval for the restrictions to ease:

Go ahead given for a number of live events to be trialed in June including:

Fans will be allowed to attend a number of trial sporting events in June.

Leinster's Rainbow Cup clash with the Dragons at the RDS on June 11th will have fans.

On the same day crowds will be allowed at the League of Ireland games between Shamrock Rovers and Finn Harps, and Cork City vs Cabinteely.

The Camogie League final at Croke Park on June 20th will also host supporters as will the Athletics Ireland Senior National Championships on the 26th of June.

Racing at the Curragh is also being examined as a trial event.

Attendances at each of the games is yet to be decided, with capacity at each stadium taken into account.


Our Political Correspondent Seán Defoe has this report:

Plans for a trial event with 3,500 people will take place in the Phoenix Park in Dublin.

Other, smaller events are planned in June for Iveagh Gardens in Dublin, INEC Killarney in Co. Kerry and Limerick Concert Hall.

Under plans approved today three households will be allowed to meet up from July 5th even if they haven't been fully vaccinated.