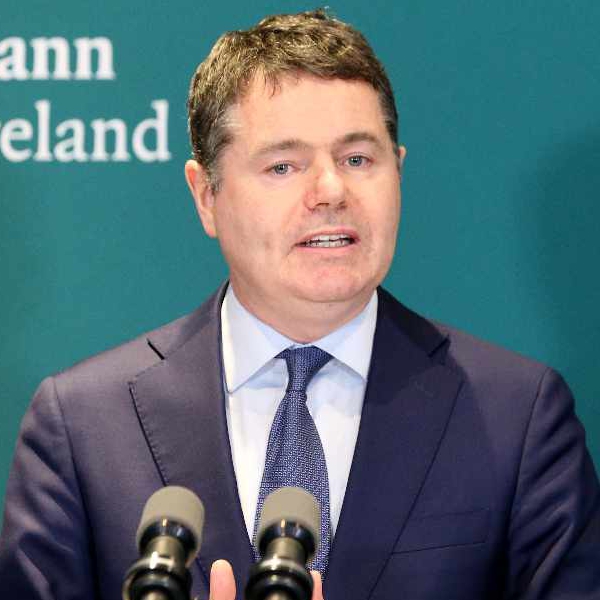 OECD countries are attempting to agree a global minimum rate

It's expected Cabinet Ministers will agree to sign up to a minimum 15 per cent Corporation Tax rate at a meeting this evening.

Finance Minister Paschal Donohoe will present the revised text of an OECD agreement for a global minimum rate.

"Long held as a key part of attracting foreign direct investment to Ireland, it's expected Ministers will spell the end for the country's 12.5 per cent corporation tax rate this evening.

OECD countries are attempting to agree a global minimum rate of 15 per cent, and other changes that would impact where big companies pay most of their tax.

The removal of the phrase 'at least 15 per cent' has been key to Ireland signing up, and Department of Finance sources said last night most of the issues the Government had are bedded down.

It's hoped a final deal can be reached by the 140 countries involved in these talks on Friday, with Ireland one of the last hold-outs.

However, work on issues raised by other countries was continuing late last night.

Finance Minister Paschal Donohoe will bring proposals to Cabinet at 4 o'clock, with a press conference due after.

He's previously said the changes in this deal could see Ireland lose more than 2 billion euro a year in Corporate Tax take, which would be equivalent to a fifth of the State's annual corporation tax receipts."

Cliff Taylor: Way now clear for Ireland to sign up to OECD corporate tax deal of 15% (via @IrishTimesBiz) https://t.co/Inz3ztjVfd

NEW: Leo Varadkar says the Government has been given assurance it can operate two rates of Corporate Tax. Meaning companies here with a turnover of less than €750m can keep paying the lower 12.5% rate even after signing up to OECD deal

Ireland has secured permission not to charge small and medium enterprises a higher rate of corporation tax.

Cabinet Ministers will meet later to decide whether to sign up to a global minimum rate of 15 per cent.