Calls For 15% Cut To Gas Consumption, As Fears Grow That Russia Could Stop Supply To Europe 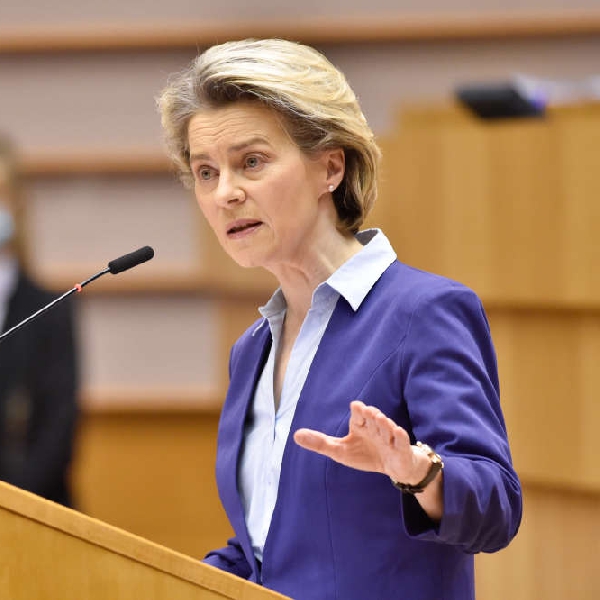 Ursula von der Leyen has called for “energy solidarity” across the bloc.

The European Commission has proposed that EU countries cut their gas by 15%.

The President of the European Commission has appealed to all EU countries to get ready to share their gas supplies in case other member states need them.

That could see Ireland sharing its own gas stocks if Russia cuts off or severely reduces its supplies to countries within the bloc.

Ursula von der Leyen called for “energy solidarity” today when she announced new plans to reduce gas consumption in the EU by fifteen percent (15%) from the beginning of August until next Spring.

The Commission is also proposing imposing mandatory cuts on member states, if there’s a severe gas shortage or an exceptionally high gas

The 15% gas cut will initially be voluntary. However this would become legally binding if Russia cuts off gas supplies to Europe.

It comes as Russia's state-run gas company has warned it can no longer guarantee supply to European countries, Gazprom has blamed EU sanctions over Russia's war in Ukraine for the decreased supply.

The President of the European Commission, Ursula von der Leyen has said it's likely that supply will be cut from Russia in the future.

She said the proposed cut should ensure EU members get through the winter safety.

The proposal will need approval from a majority of EU countries and will be discussed on Friday.