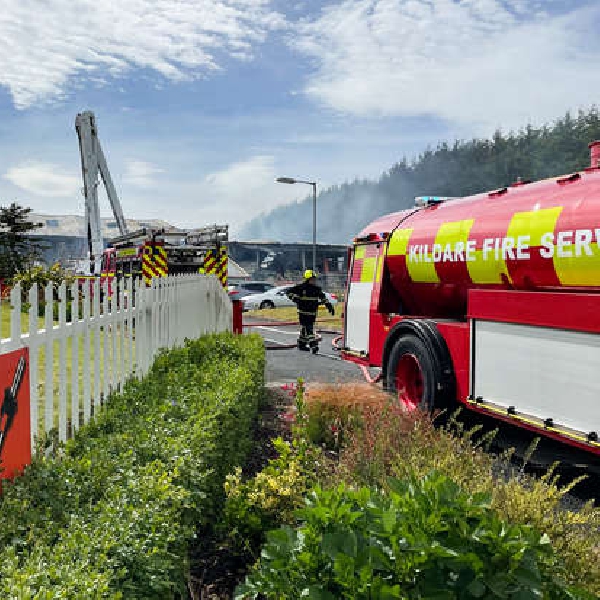 Proposals are being brought forward today designed to tackle the ongoing crisis in the Retained Fire Service to the Dáil.

Sinn Féin TD for Wicklow and spokesperson on Foreign Affairs and Defence, John Brady, will bring forward the motion this evening

Brady says his proposals coincide with members of the service marching to the Dáil to highlight how Minister Darragh O’Brien's failure to engage has led to a situation where there is danger to the safety of both members of the Retained Fire Service and members of the public.

"The Retained Fire Service is no longer fit for purpose," he said

A recent survey revealed that 60% of the Retained Fire Service intend to leave in the near future, many within the next year.

Sinn Féin is calling for the establishment of a Joint Oireachtas Cross-Party Committee to sit for four months to conduct a full and independent review, and to bring forward a report containing key recommendations.

Teachta Brady commented:“There is a total crisis in the Retained Fire Service, which has been allowed to continue unabated for decades.

“This is because of the disregard for the welfare and well-being of firefighters and members of the public who have been endangered by government failure to engage in a meaningful way to address the issues.

“Minister Darragh O’Brien needs to hang his head in shame. His non-action suggests that he thinks that this is an acceptable situation.

“His lack of political leadership, and his failure to make any effort to resolve these issues, has led to the situation where Retained Fire Fighters have served notice of their intention to ballot for industrial/strike action, with support for such action running at up to 97% in some areas.

“The core problems are recruitment and retention, which have left the service demoralised and bereft of hope that the government has any interest in resolving the issues.

“The gross understaffing of the Retained Service is putting lives at risk, with experienced firefighters continuing to exit the service at an alarming and unsustainable rate.

“In the words of the firefighters themselves, the current model within which the Retained Fire Service operates was introduced in the 1950s and is unfit for purpose in the modern era.

“A recent survey of serving Retained Fire Fighters indicates that 60% of the Service are intending to either retire or resign in the next five years.

“No organisation can survive the loss of so many experienced personnel. Least of all an organisation whose members put their lives on the line every time that they answer an emergency call.

“New recruits, members of the public, and members of other emergency services, are dependent on the knowledge and experience of serving members of the Retained Fire Service to keep them safe.

“Fire Fighters are not only responsible for pulling people out of burning buildings and car wrecks, they are also the people who often have to make the decision when it is safe for others to enter the scene of an accident to do their job. It is absolutely critical that the service retains experienced firefighters.

“From regular engagement with members across the country, I know that today there are crews operating below 50% strength sitting in fire stations waiting to be called out to God knows what type of emergency.

“In one situation, there is a crew of four to five waiting to do the job of a nine-person fire crew. This is not a one-off, this is replicated across the state.

“Minister O’Brien must urgently engage with representative bodies acting on behalf of the Retained Fire Fighters, and the government must support the Sinn Féin motion to help begin the process of addressing the crisis in the Retained Fire Service," he added.