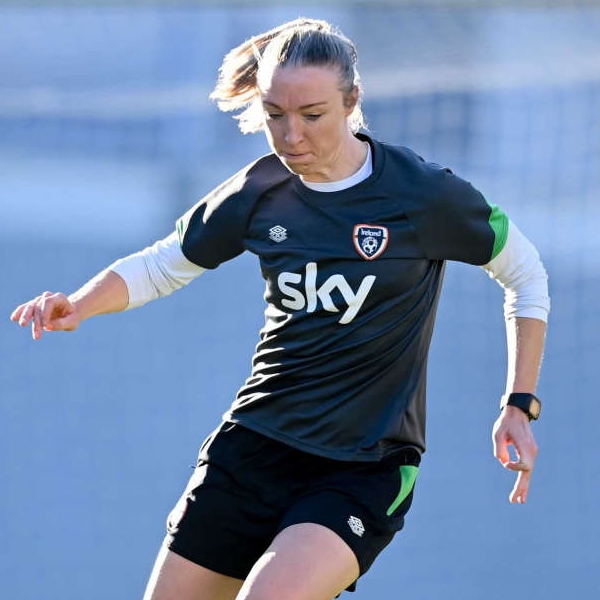 There won’t be any change of Officers at this year’s county GAA Convention; all outgoing officers will be returned unopposed.

The Convention will take place on Wednesday 7th December at 7.30pm in the Osprey Hotel.
=
This weekend’s results;  Whitewater Shopping Centre U23 football competition;

SOCCER
Blessington's Louise Quinn is set to win her 100th cap for the Republic of Ireland tonight.

The Birmingham City defender will reach the milestone in the friendly with Morocco.

The game takes place in Marbella, where Vera Pauw's squad have been training for the past week.

Kick off is at 5pm.
==
Mark Sykes has been called into the Republic of Ireland senior men's squad.

The Bristol winger comes in ahead of the friendlies against Norway and Malta later this week.

Will Keane and Scott Hogan are both out through injury.

Ireland host Norway on Thursday before going to Malta on Sunday.
==
Cristiano Ronaldo has accused Manchester United manager Erik ten Hag of showing him a lack of respect.

The Portuguese man heavily criticised the club in a recorded interview with TalkTV, which will be broadcast in full later this week.

Ronaldo says he believes certain figures at Old Trafford are attempting to force him out of the club.

RUGBY
Ireland boss Andy Farrell has been nominated for the World Rugby Coach of the Year award.

The former England international led Ireland to a historic series win over New Zealand in the summer.

They're currently the number one ranked team in the world.

Meanwhile, Mack Hansen and Dan Sheehan are up for the breakthrough Men's Player of the Year prize.

The seven-time champion faces Matthew Stevens at 1pm in York.