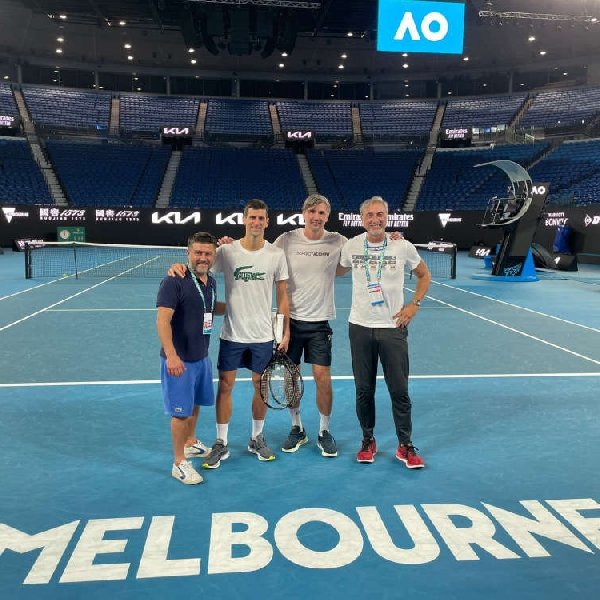 World number one Novak Djokovic has admitted he made an "error of judgement" meeting a journalist two days after testing positive for Covid-19 last month.

Djokovic also says that his agent made a mistake on the travel form which was filled out for the Serb to enter Australia.

Australian government officials are still deciding whether to cancel Djokovic's visa and deport him ahead of the start of the Australian Open next Monday.

🗣 "The energy we put on the pitch from the first moment was amazing."

An understandably delighted Ralph Hasenhüttl has had his say on #SaintsFC's win tonight:

Chelsea take a 2-0 lead to Tottenham for the second leg of their Carabao Cup semi final tonight.

Before that, there are two matches in Group F, with Tunisia against Mali and Mauritania against Gambia.

All Ireland senior football champions Tyrone suffered a 15 point defeat to Cavan in the Doctor McKenna Cup last night, as Antrim defeated Down.

Cork are into the McGrath Cup final after a nine point win over Waterford.

In the Sigerson Cup last night, Maynooth University were defeated by the current title holders DCU, 2-17 to 1-9.

Robbie Henshaw and Beibhinn Parsons have been named as the Rugby Writers of Ireland Players of the Year.

Meanwhile Simon Zebo will learn his fate later from a disciplinary panel after the Munster back was red carded for a tackle on Ulster's Michael Lowry in the United Rugby Championship last weekend.

The quarter final line up at the Masters will be completed later today.