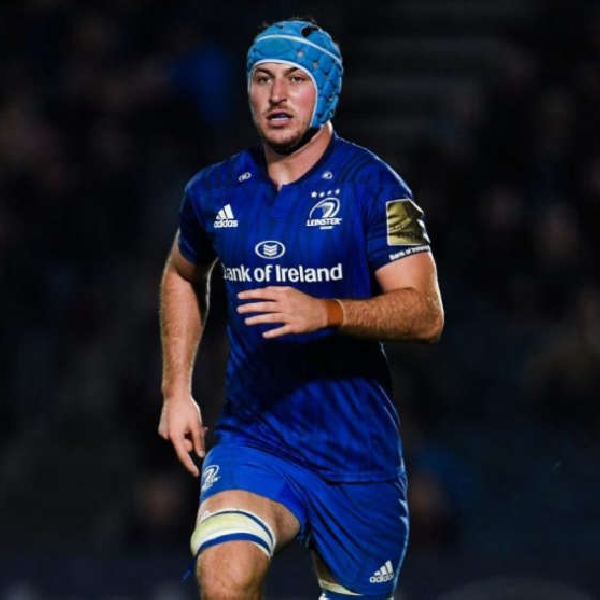 Action in the men's JFC this evening

The Irish provincial teams have been named for the opening round of the United Rugby Championship.

Jason Jenkins and Charlie Ngatai are both in line for their Leinster debuts versus Zebre, tomorrow afternoon.

Donadea's Will Connors returns from injury, with a place on the bench.

Malakai Fekitoa will make his Munster debut in tomorrow's game against Cardiff.

The former New Zealand centre has been named to start by new head coach Graham Rowntree.

Having recently returned from injury, Jacob Stockdale is in the Ulster side to play Connacht.

The competition begins this evening with Benetton up against Glasgow Warriors.

The match throws-in at 2pm, in St. Conleth's Park, Newbridge.

The game in St. Conleth's Park, throws-in at 4pm.

KFM will have updates on 'Saturday Sportsbeat' with Paul Power.

The second semi-final will be held on Sunday in St. Conleth's Park.

Ger McNally will have live updates of that game on 'Sunday Sportsbeat' with Eoin Beatty.

Then at 4pm, in St. Conleth's Park, holders Naas & Celbridge play the first semi-final of the Joe Mallon Motors, SFC.

In the FAI Cup quarter finals tonight, Waterford host Dundalk, with Treaty United up against UCD.

Cork City will guarantee themselves promotion from the First Division if they beat Galway United this evening.


In the Premier League this evening, Aston Villa face Southampton, with Nottingham Forest at home to Fulham.

Both games start at 8pm.

Villa arrested a slump by earning a 1-1 draw against Manchester City on their last appearance.

His side are aiming to pick up just their second Premier League win of the season when they host Fulham this evening.

Last season's runners up Arsenal at home to Brighton, from 7.30pm.

Ireland's Katie McCabe is expected to be involved with the Gunners side.

On day two of the Italian Open in Rome, England's Matt Fitzpatrick is leading on 10 under par.

Rory McIlroy heads the Irish challenge on 4 under par - he'll tee-off at 1.20pm.

At 1 under, Jonathan Caldwell will tee-off at 2pm.

Leona Maguire is 3 over par following her opening round at the LPGA Tour's Portland Classic, 10 shots off the pace.

Dundalk hosts 8 races on the all weather from 4.55pm.