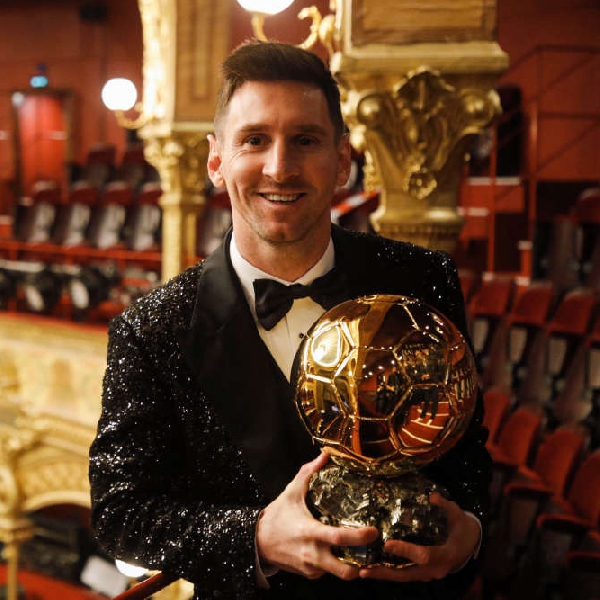 Tiger Woods does not expect to return to golf full time after his serious car accident last February.

The 15 time major winner, who is now 45, will pick and choose a few events each year.

Woods revealed he nearly lost a limb following the crash.

Lionel Messi has won the Ballon D'Or for a record seventh time.

The Argentina star won the vote ahead of Polish striker Robert Levandowski and Chelsea midfielder Jorginho.

Kick-off at Tallaght Stadium is at 7pm.

The Girls in Green will end the year in second place in the Group if they win.

The other match in the Group sees Sweden face Slovakia from 6pm.

In the Premier League, it's a meeting of the bottom two as Newcastle United host Norwich City at St James' Park tonight.

Meanwhile, the FAI board has met to discuss the contract of international team manager Stephen Kenny.

The board has to decide whether to offer Kenny a short term extention until the end of the Nations League campaign or to guarantee him a deal for the 2024 European Championship qualifiers.

Kenny guided the national team to third in the World Cup qualifiers behind Serbia and Portugal.

Munster face a race against time to adequately prepare for their Champions Cup opener away to Wasps on Sunday week.

The squad remain in South Africa, awaiting another round of PCR tests before they can fly home, when they will then have to quarantine for 10 days.

Tournament organisers the ERC are believed to be reluctant to reschedule the fixture.

Former All Ireland winning hurling manager Liam Sheedy is to join the backroom staff of the Monaghan senior footballers for 2022.

The Tipperary native will link up with Farney boss Seamus 'Banty' McEneaney.

Monaghan already have Donie Buckley as a coach for next season.

They lost by one point to subsequent All Ireland champions Tyrone in Ulster this year.

U23 Football B Championship Semi Final