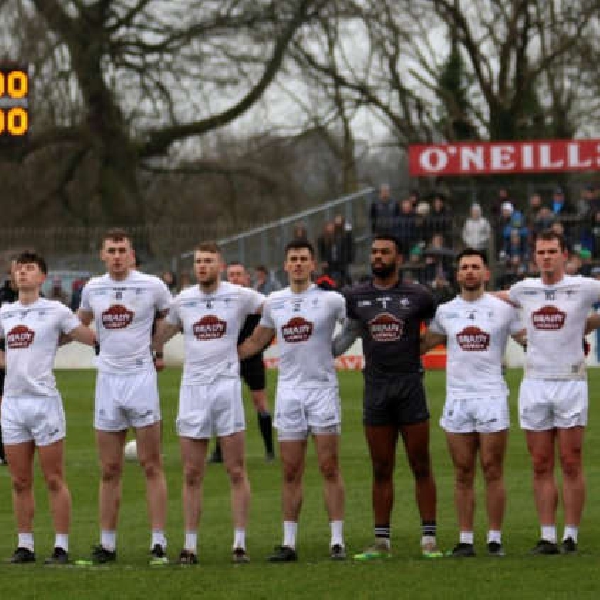 Kildare will play Louth in the Quarter Final of the Leinster Championship next Sunday in Tullamore at 4pm.

A hat-trick from Kevin Quinn was the highlight as Wicklow beat Laois for the first time in 36 years in the championship yesterday.

The hosts enjoyed a 5-15 to 4-12 win in Aughrim to advance to a quarter-final against Meath next weekend.

John Maughan's Offaly are heading for the Tailteann Cup following a 1-15 to 1-12 loss to Wexford.

The Tribesmen were 1-14 to 16 point winners at , to set up a semi-final meeting with Leitrim.

remain without a win after two rounds of the hurling championship.

They suffered a 3-21 to 2-16 defeat to Clare at Semple Stadium yesterday.

Tony Kelly scored 1-7 for the winners.

The old rivals will do battle once again in the under 20 football final this evening.

Kerry take on defending champions with throw in at 7:30pm.

Following victories over Mayo and in the weeks previous, the Kildare hurlers made it 3 wins from 3 in the Christy Ring Cup on Saturday.

Leading by just a point at half time, the Lilywhites kicked on in the second half and outscored their opponents 1-16 to 0-5.

The minor hurling team lost out to Antrim in the championship over the weekend, 1-14 to 0-6.

The Kildare senior women’s team defeated Longford in Round 2 of the Leinster Intermediate Championship yesterday, 1-11 to 2-7.

The U16 ladies team beat Westmeath in Rathangan on Saturday to book their place in a Leinster Final.

That game finished 3-14 to 0-9, while the u14 side booked their place in the final four of the All Ireland U14 Gold Championship, with a win over Monaghan.

can move seven points clear of the relegation zone tonight.

They take on Crystal Palace at 8pm.

Palace are two places above their opponents ahead of the meeting at Selhurst Park.

The visitors conceded 59 points in the second half, as they lost 69-nil at .

Sene Naoupu received a second half red card, while Dorothy Wall was sin-binned.

conclude their campaign at home to next weekend.

Xander Schauffele and Patrick Cantlay held their nerve on the back nine to win the Classic of last night.

Shane Lowry and Ian Poulter finished in 13th on 21-under.

The Australian trails Jack Lisowski by 9 frames to 7 ahead of the resumption of their second round match.

Meanwhile, Judd Trump is three frames away from booking his place in the next round.

The 2019 champion leads Anthony McGill by 10 frames to 6, with the first to 13 set to progress to the quarter finals.

There's racing at Naas this evening.