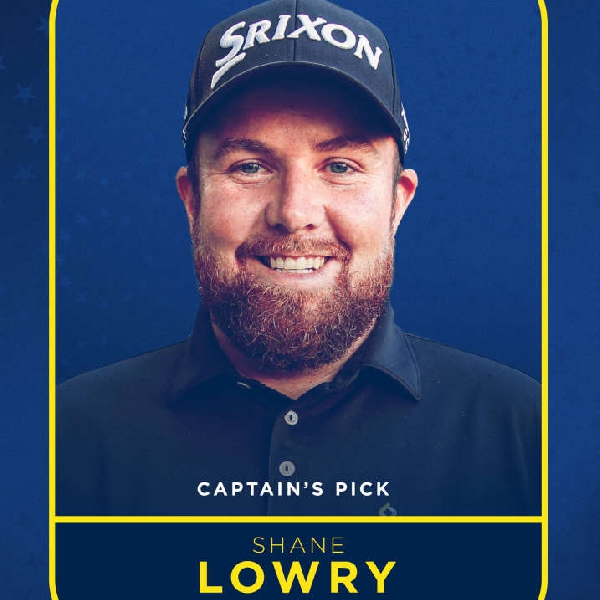 Medvedev beats Djokovic in straight sets to win US Open

Goals by Sam Doran & Daniel Flynn in 6 minutes, in the closing stages for Johnstownbridge.

Galway are waking up as All-Ireland Senior Camogie champions for the fourth time.

A second half goal from Siobhan McGrath helped them see off Cork by 1-15 to 1-12 at Croke Park to lift the O'Duffy Cup for the second time in three years.

Shane Lowry says it's been a career-long dream to play at the Ryder Cup after being named as one of Padraig Harrington's wildcard picks for the European team.

Proudest day of my career so far 🇪🇺 @RyderCupEurope pic.twitter.com/3sGKzBmWTz

The Offaly native was selected along with Sergio Garcia and Ian Poulter for the meeting with the USA at Whistling Straits later this month:

Daniil Medvedev is the new US Open tennis champion - after he prevented Novak Djokovic from becoming the most successful male tennis player in history.

The Russian beat the world number one in straight sets in the final at Flushing Meadows to win his first Grand Slam title.

Djokovic was aiming for his 21st - more than any other.

The 34 year-old he feels "very sad" after suffering a shock defeat, but the response he received in New York softened the blow:

All love for the legend, @DjokerNole 👏 pic.twitter.com/g2JE8fCVM4

Medvedev says beating the Serbian made the win all the more special:

Liverpool maintained their unbeaten start to the Premier League season.

Jurgen Klopp's side beat Leeds 3-0 at Elland Road thanks to goals from Mo Salah, Fabinho and Sadio Mane but the win was overshadowed by a serious ankle injury to teenager Harvey Elliott.

We're all with you, Harvey ❤️

Klopp was happy with his team's performance but says there's clearly more improvement to come:

There's also one game in the SSE Airtricity League Premier Division with Finn Harps at home to Bohemians - that game also kicks off at 8pm.

Ireland play Spain this evening in the opening game of their Rugby World Cup European Qualifiers.

Ireland Sevens captain Lucy Mulhall will make her debut after being named to start at outside centre.

It's the only change in personnel from the team that started the win over Italy in the Women’s Six Nations back in April.

Kick off in Parma is at 5pm.

"You want to put your best foot forward, to show boys and girls how it’s done and how it can be done. That hard work does pay off." 🙌🟢

Ireland will aim to avoid a one-day series defeat to Zimbabwe later.

They're 1-0 down heading into the final match in Belfast.

Play gets underway from 10.30am this morning.