Murray Into Second Round Of Australian Open After 5 Sets 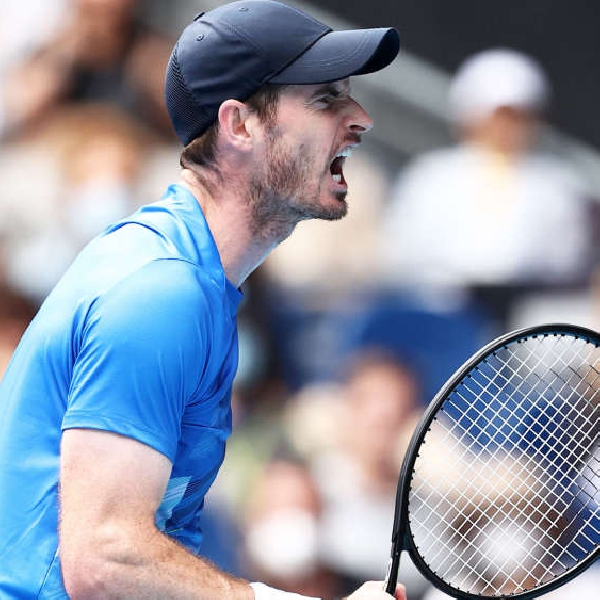 Britain's Andy Murray is into the second round of the Australian Open after near 4 hours of tennis in his first match of the tournament.


Emma Raducanu could hardly have asked for a tougher opening to her bid for the ladies singles title.

The US Open champion plays 2017 US Open winner Sloane Stephens in the first round on the Margaret Court Arena.

She lost in straight sets to Sorana Cirstea.

There have been wins for Garbine Muguruza, Simona Halep, Daniil Medvedev and Andrey Rublev.

Jacob Stockdale has revealed that his season is almost certainly over.

The Ulster and Ireland winger shared on Instagram that he has undergone ankle surgery.

Stockdale hasn't played since Ulster's opening game of the United Rugby Championship season back in October.

The Premier League has postponed tonight's scheduled meeting of Burnley and Watford.

A mix of Covid-19, injuries and the Africa Cup of Nations left Burnley - according to manager Sean Dyche - with just ten senior players available.

Burnley managed to fulfil an Under-23 fixture with Wolves last night.

Shane Duffy is a doubt for Brighton in tonight's rearranged game with Chelsea at the AMEX Stadium.

The Republic of Ireland defender has an ankle problem.

Rangers are away to Aberdeen tonight.

In the Championship, leaders Fulham take on Birmingham City, while it's Preston versus Sheffield United.


Top spot in Group B is up for grabs this afternoon at the Africa Cup of Nations.

Malawi take on Senegal, and Guinea face bottom side Zimbabwe.

Ghana risk being the first big casualties of the competition, if they fail to beat Comoros tonight.

While Gabon play Morocco with pole position in Group C still to be decided.