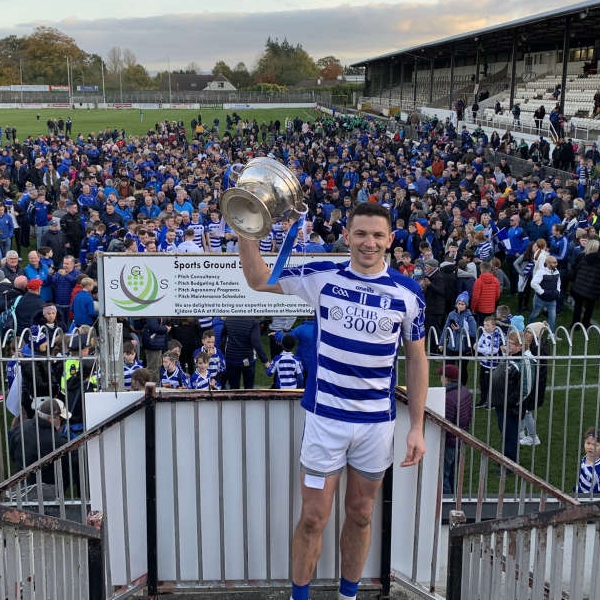 It's a significant weekend for Kildare & Naas footballers.

That game is followed at 5pm by Naas' Leinster Club Football Final against Kilmacud Crokes, in Croke Park.

KFM will have live commentary of both games, Kildare's game with Westmeath is in association Hanlon Concrete, Robertstown.

'Kildare Today' will preview the game at 10.35am, with interviews from both players & manager, followed by this evening's preview programme at 6.30pm.

"At this stage of my career, I didn’t even think I’d be playing football never mind playing in a Leinster final" - Eamonn Callaghan reflects on a memorable year ahead of Naas' Leinster title shot on Saturdayhttps://t.co/EhKJR08fez

Paul Mannion has said he has no plans to return to play with the Dublin senior footballers this year.

Armagh defeated Cavan by 1-12 to 11 points in the Dr. McKenna Cup last night.

In Section A tonight, Donegal play Down in Ballybofey,

And in Section C, it's Derry up against Monaghan at Owenbeg.

In Connacht's FBD League this evening, Mayo play Galway in the semi finals at the Air Dome.

The father of Novak Djokovic says his son is being 'crucified'.

The men's world number one tennis player is in quarantine in Melbourne until Monday, when a decision will be made on his legal appeal against deportation for not satisfying Australian Covid-19 regulations.

20-time Grand Slam winner Djokovic is reportedly being housed in a detention hotel used for asylum seekers and refugees.

The Australian Government is to also investigate the visas of other tennis players.

Part 2 of Novak Djokovic in Australia: 5 minutes including an immigration hotel, a deportation order, the Australian PM, the Serbian President - and Djokovic’s father comparing him to water and Spartacus. Produced by Jack Kilbride. https://t.co/xmfQuRHMdO pic.twitter.com/ZcHhF4aIRW

Waterford's Seamus Power shot a 2 under par opening round of 71 on day one of the PGA Tour's Tournament of Champions in Hawaii.

The lead is held on 8 under par by Cameron Smith.

In turn, Smith is one shot ahead of Jon Rahm, Patrick Cantlay and Daniel Berger.

Newcastle United have signed defender Kieran Trippier from Atletico Madrid on a two and a half year deal.

Manchester City travel to Swindon Town for an FA Cup third round tie this evening.

Pep Guardiola will not be in attendance after contracting Covid-19.

There is a meeting on the all weather at Dundalk today from 3.45pm.