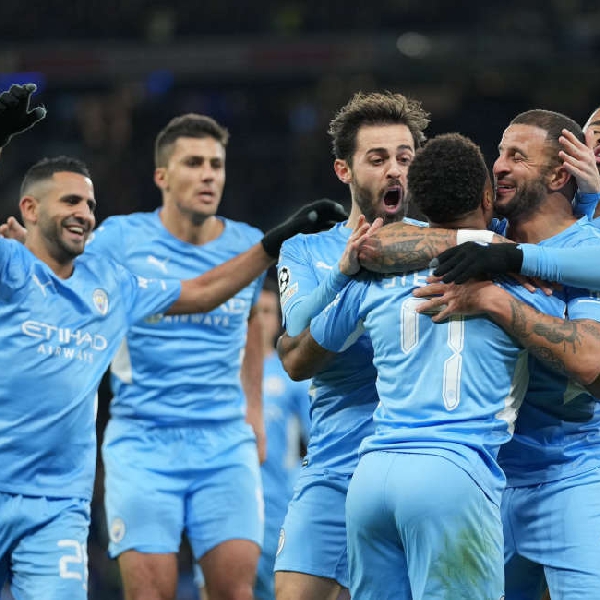 A Man City player has been assaulted at his home.

UEFA President Aleksander Ceferin has reiterated his opposition to plans for a biennial World Cup.

FIFA has mooted a change to the international football calendar, which which would see a World Cup played every two years.

Ceferin says it would negatively impact other sports, while it would also result in clashes with other football competitions.

The Slovenian described the proposal as 'simply a bad idea'.

Clubs in the EFL are no longer required to test players and staff on match days, unless they're displaying Covid symptoms.

An EFL spokesperson says match day testing is "seriously affecting the supporters of those teams", with a number of games having been called off at short notice.

They're unbeaten in the seven Premier League matches since the Italian's appointment as manager.

Spurs are five points behind the Champions League places but have two games in hand on most of the teams above them.

Conte claims certain clubs need to fall short to allow others the chance to qualify.

The Scotland international scored one and set-up another as they moved within four points of the Champions League places.

Interim manager Ralf Rangnick described the match as a "war of attrition" - and was delighted with the midfielder's display.

Norwich's Premier League trip to Leicester tomorrow has been postponed.

Top flight officials made the decision following a board meeting yesterday, after the league's bottom club requested the game be called off.

It will be rearranged in due course.

The Belgian said yesterday that he was 'not happy' with the current situation at the club.

He also expressed a desire to return to Inter Milan.

Tuchel said that while he did not like the comments, he will discuss the matter with Lukaku.

Manchester City defender Joao Cancelo was assaulted during a burglary at his home yesterday.

City say they are 'shocked and appalled' by the incident and will support Cancelo and his family.

The Connacht and Munster teams for tomorrow's United Rugby Championship clash will be named later.

It's one of only two matches going ahead this weekend, with Ulster's meeting with Leinster among those postponed.

England rugby union international Jamie George has been named in the team for Saracens' Premiership trip to Northampton on Sunday.

The hooker hasn't played since sustaining a knee injury during the autumn international against Australia in November.

He'll captain his club side in their New Year fixture at the weekend - boosting his hopes of featuring in February's Six Nations campaign.

Gary Anderson is through to the quarter-finals of the World Darts Championship.

Peter Wright completes the quarter-final line-up after a 4-1 defeat of Ryan Searle.

Two Irish players have tested positive for Covid-19 ahead of their trip to Jamaica.

Ireland are due to take on the West Indies in a four-match series, starting on January 8th.

Their one-day internationals against the USA were cancelled earlier this week.