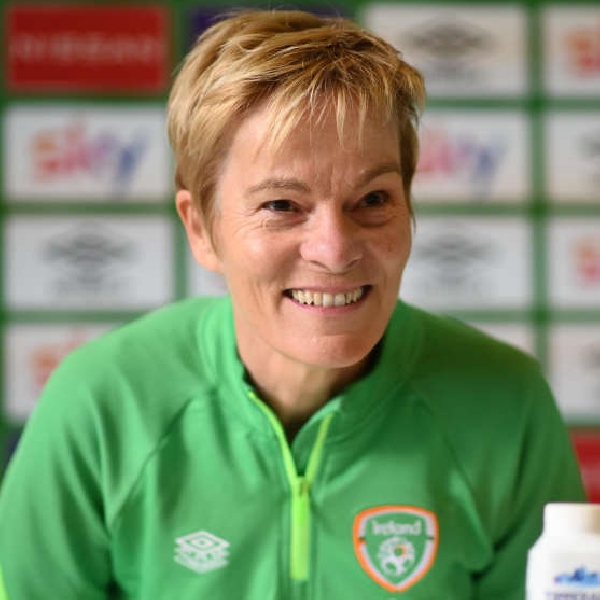 The 28-year-old is part of Vera Pauw's squad for this afternoon's World Cup qualifier away to Finland.

Quinn made her Irish debut against Australia in September, and followed that up with a start against Sweden last week.

She says it has been a great experience:

Marc Bircham's side came from behind to beat Bohemians 2-1 at Dalymount Park.

The Blues are now up to 8th - level on points with Dundalk.

That's after the cup holders lost 1-0 to second-placed St Pats, in Inchicore.

Four Premier League clubs bid for a place in the quarter-finals of the Carabao Cup tonight.

Chelsea take on Southampton, while Arsenal host Leeds at the Emirates.

Elsewhwere, QPR go up against Sunderland.

Manchester United bosses are believed to have held talks over the future of manager Ole Gunnar Solskjaer yesterday.

The Norweigan's position is under scrutiny following a 5-0 thrashing at the hands of Liverpool on Sunday.

Antonio Conte is among the names being linked to the club if Solskjaer is relieved of his duties.

Former Republic of Ireland international Damien Duff is being touted as a potential successor to Ian Morris as Shelbourne manager.

The club confirmed yesterday that Ian Morris will leave the role at the end of the season.

Duff is currently the club's under-17 coach.

On Sunday Sarsfields beat Celbridge 1-12, to 11 points - Sarsfields edging it in the dying minutes with Calum Bolton scoring a goal in the 62nd minute.

The final will throw-in at 2.30pm in St. Conleth's Park, Newbridge on Sunday, 7th November.

KFM will have full commentary of the game.

This morning at 10.45am, Ger McNally will review both games on 'Kildare Today'.

The Westmeath youngster signs as an International Category B rookie on a two-year deal.

The first of eight races at the Curragh, is off at 12.40pm this afternoon.