Thursday Lunch: Athy's Jeremy Loughman Will Earn His First Cap For Ireland Against Fiji This Weekend 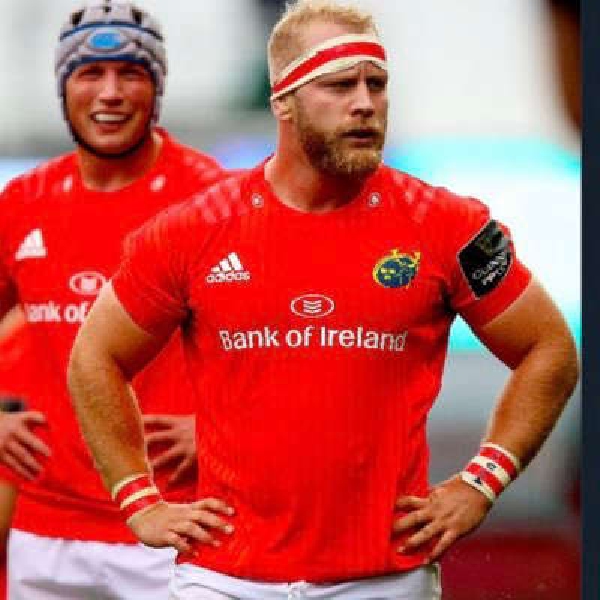 Athy's Jeremy Loughman will earn his first cap for Ireland this weekend in the game against Fiji this weekend.

Also named in the forwards is Eadestown's Tadhg Beirne.

In the backs, Eadestown's Jimmy O'Brien is at full back, with Athy's Joey Carbery named in outhalf taking the place of Johnny Sexton.

Suncroft's Cian Prendergast has been named on the bench.

Your Ireland line up to face Fiji at a sold-out Aviva Stadium! ✊#TeamOfUs | #IREvFIJI

The Springboks selection are in Cork for the first meeting between the sides in over 50 years.

Munster lost to Ulster by a single point in their last United Rugby Championship outing.
Kick off at a sold-out Páirc Uí Chaoimh is at half seven.

Stephen Kenny's side take on Norway next Thursday, before a meeting with Malta three days later.

Ireland play Norway next Thursday at the Aviva Stadium before travelling to Malta on Sunday 20th November.

The full squad is as follows:

The draw for the fourth round of the Carabao Cup will be made tonight.

It'll follow the meeting of Manchester United and Aston Villa in the last of the third round ties.

Kick off at Old Trafford is at 8pm.

McGuinness - who guided his home county to the 2012 All-Ireland title - has since moved into soccer.

He had a spell in charge of Charlotte Independence in the United States, while he also held a coaching role with Celtic.

Harps are on the lookout for a new manager following the departure of Ollie Horgan.

England have cruised into the final of the T20 World Cup with a 10-wicket hammering of India.

Captain Jos Buttler and fellow opening batter Alex Hales both hit unbeaten half centuries as they passed a target of 169 with 4 overs to spare.

Chris Jordan's 3 wickets helped restrict their opponents to 168 for in Adelaide.

Buttler's side will play Pakistan in Sunday's showpiece in Melbourne.

Jordan Brown is one match away from a place in the UK Championship.

The Antrim man takes on Zak Surety in the final round of qualifiers at Ponds Forge this afternoon.

The first to six frames will earn their place in the first round.

The Cavan native joins Stephanie Meadow in the field for the Pelican Women's Championship in Florida.