Thursday Morning: Davy Russell Has Come Out Of Retirement To Ride For Gordon Elliott 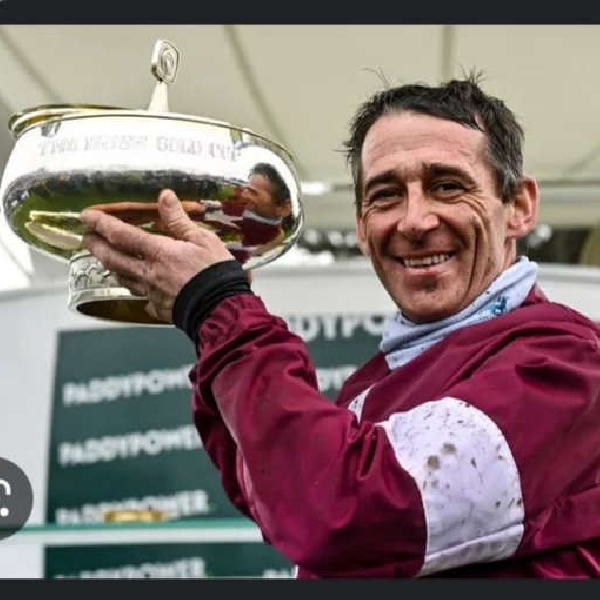 Longford are into the O'Byrne Cup final after a draw against Meath.

Jockey Davy Russell has come out of retirement less than a month after hanging up the saddle.

With Jack Kennedy out with a broken leg, Russell is to help trainer Gordon Elliott by race riding from this weekend.

43 year old Russell may now compete at the Cheltenham Festival in March.

=
Meanwhile, today's meeting at Clonmel is off due to a waterlogged track.

It has been rescheduled for next Tuesday.

Manchester City are out of the English League Cup.

They lost 2-nil away to Southampton in the quarter finals.

The Saints will now play Newcastle in the last four.
=

Forest will now face Manchester United in the semis.

Forest keeper Dean Henderson, who saved Hodge's penalty, won't be available as he is on loan from United.


There's one match in the Premier League tonight, with Fulham hosting Chelsea.

Fulham striker Aleksandar Mitrovic is suspended for the game at Craven Cottage.

Following defeats for Scoil Mhuire Clane, Patrician Secondary School Newbridge and St Mary’s Edenderry over the last couple of days, the draw has been made for the Quarter Finals of the Leinster A Colleges Championship.

Naas CBS, the last remaining Kildare school in the competition, will play Colaiste Eoin of Dublin.

Meanwhile in the first round of the Sigerson Cup last night Maynooth University were beaten by University of Galway.

=
Longford are into the O'Byrne Cup final after a draw against Meath.

Louth and Offaly will clash in a semi final.

Offaly had Dublin's measure on a scoreline of 11 points to 8.

Ronnie O'Sullivan and Mark Williams go head to head in the quarter finals at the Masters in London this afternoon.