Thursday Morning: Liverpool's Caoimhín Kelleher Now Has More Shoot-Out Victories Than Any Other Goalkeeper In The Club's History 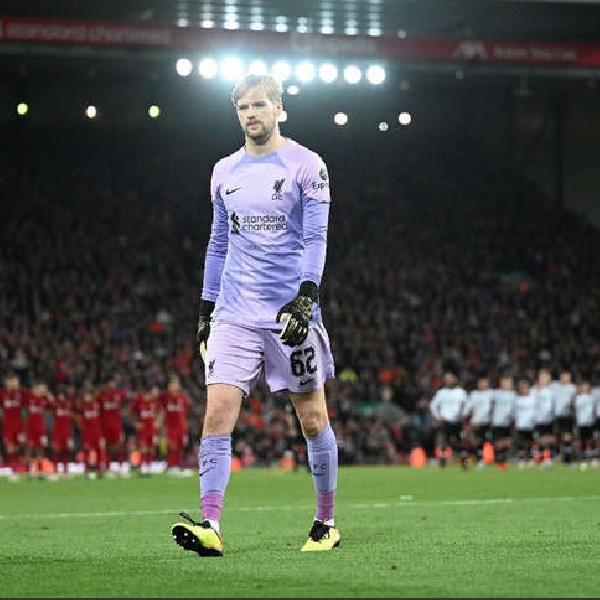 He saved three spot kicks as the Merseysiders narrowly avoided a shock exit to the League One side.

Kelleher's now enjoyed four shoot-out victories, more than any other goalkeeper in the club's history.

Elsewhere, Manchester City beat Chelsea 2-0, while Nathan Collins, Joe Hodge and Connor Ronan all featured for Wolves as they beat Leeds by a 1-0.

Newcastle, Southampton and Blackburn all won on penalties last night too, at the expense of Crystal Palace, Sheffield Wednesday and West Ham respectively.

It was a bad night for North London, with Tottenham going down 2-0 away to ten-man Nottingham Forest.

And Arsenal lost 3-1 at home to Brighton.

The draw for the fourth round will be made after tonight’s meeting of Manchester United and Aston Villa at Old Trafford.

Stephen Kenny's side take on Norway on November 17th, before a meeting with Malta three days later.

Reece James misses out through injury.

Andy Farrell names his Ireland side to play Fiji today.

Tadhg Furlong’s already been confirmed as captain, while Stuart McCloskey looks set to keep his place in the centre.

Athy's Joey Carbery is expected to start at outhalf, ahead of Johnny Sexton.

Páirc Uí Chaoimh is sold out for tonight’s meeting of Munster and South Africa ‘A’.

Munster will be captained by Jack O’Donoghue, with first starts for recent signings Antoine Frisch and Kiran McDonald.

Former Munster lock Jason Jenkins starts in the second row for the visitors.

Jordan Brown is one match away from a place in the UK Championship.

The Antrim man takes on Zak Surety in the final round of qualifiers at Ponds Forge this afternoon.

The first to six frames will earn their place in the first round.

Sun City is the venue for the Nedbank Challenge, which gets underway this morning.

On the PGA Tour the Houston Open is the latest stop.

And Leona Maguire returns to action today at the Pelican Women’s Championship, with Stephanie Meadow also in the field.

A place in the T20 World Cup final is up for grabs at the Adelaide Oval this morning.

England won the toss and will bowl first.

The winners will face Pakistan in the final.