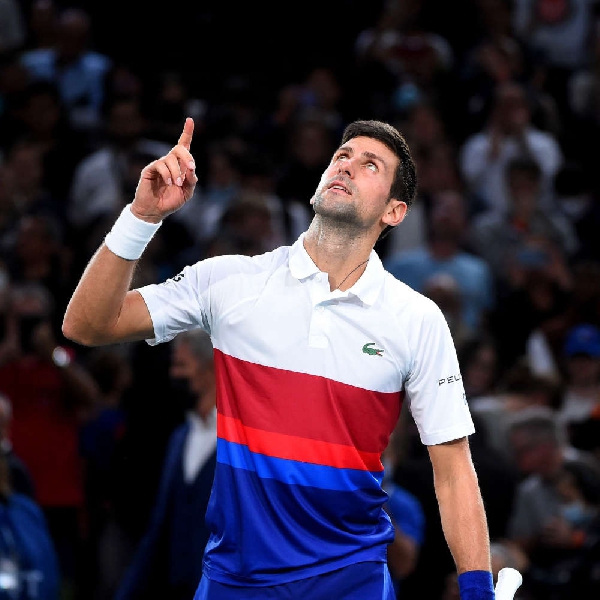 Novak Djokovic has won the first set of his first round match at the Australian Open.

Andy Murray expressed his delight having come through a gruelling first round match in Melbourne earlier.

The Scot got the better of 13th seed Matteo Berrettinni after a fifth set tie-break, with their encounter lasting just under five hours.

In the women's singles, Ons Jabeur is safely through after a win in three sets over Tamara Zidansek.

Former US Open champion Sloane Stephens is on the court against Anastasia Potapova.

James Burke of Naas GAA has been named as Kildare Senior Hurling Captain 2023.

Paddy McKenna of Clane GAA has been named as Vice Captain.

Throw in is at 2pm in St.Conleth's Park Newbridge.

An ankle injury sustained by Newcastle midfielder Bruno Guimaraes is not as serious as first feared.

The Brazilian was substituted in Sunday's Premier League win over Fulham at St James' Park.

It's believed Guimaraes could return in time for next week's Carabao Cup semi-final first leg against Southampton.

He takes his Chesterfield side to The Hawthorns for a meeting with Championship club West Brom in their third round replay.

Wolves host Liverpool in the only all-Premier League tie - with the winner set to play Brighton in the next round.

Wigan are at home to Luton.

Ben Healy is expected to be included in Scotland's Six Nations squad when it's named shortly.

The Munster out-half will move to Edinburgh at the end of the season and is eligible for selection.

Meanwhile, Cameron Woki has been ruled out of France's campaign.

The 24-year-old forward suffered a broken wrist in Racing's  win over Harlequins in the Heineken Champions Cup last weekend.

Caolin Blade has signed a new three-year deal with Connacht.

The scrum-half first played with the province in 2014 and has since made 160 appearances.

The track at Clonmel passed fit for racing, after an early morning inspection.