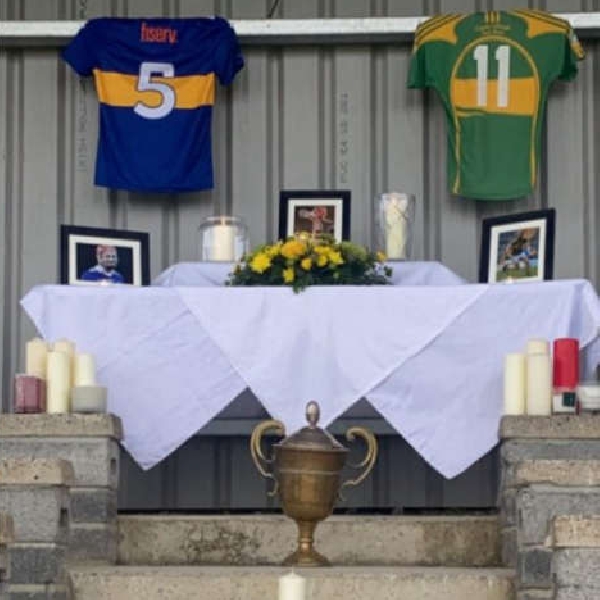 24 year-old collapsed while playing for his club

First named at home, & all games at 7pm:

Conor Laverty is the new manager of the Down senior footballers.

Mickey Graham has been handed a new two year term in charge of the Cavan senior footballers.

Dillon Quirke will be laid to rest today.

The Tipperary GAA community has been in mourning since Dillon's unexpected passing last Friday.

His service will take place at St. John the Baptist Church in Clonoulty.

He is survived by his parents Dan and Hazel and sisters Shannon and Kellie.

Shamrock Rovers take a 3-1 lead into the second leg of their Europa League third qualifying round tie against Shkupi in North Macedonia, tonight.

If Rovers win, they will be into the play off round and will guarantee themselves at least a spot in the group stage of the Europa Conference League.

Kick off is at 8pm, Irish time.

Liverpool midfielder Thiago is facing up to six weeks out with a hamstring injury.

The Spanish international picked up the complaint in the Premier League opener with Fulham.

The 29 year old joins from Wolves and is expected to play first team football soon following injuries to Ben Godfrey and Yerry Mina.

Three golfers head to court today in a bid to compete in the PGA Tour's Fed-Ex playoffs.

Talor Gooch, Matt Jones and Hudson Swafford have filed a temporary restraining order following a suspension from the PGA Tour.

They recently signed up to the Saudi-funded LIV Golf.

All three want to take part in this week's St. Jude Invitational which gets underway in Memphis on Thursday.