Naas Retains Its Crown Atop The IBAL Anti-Litter League 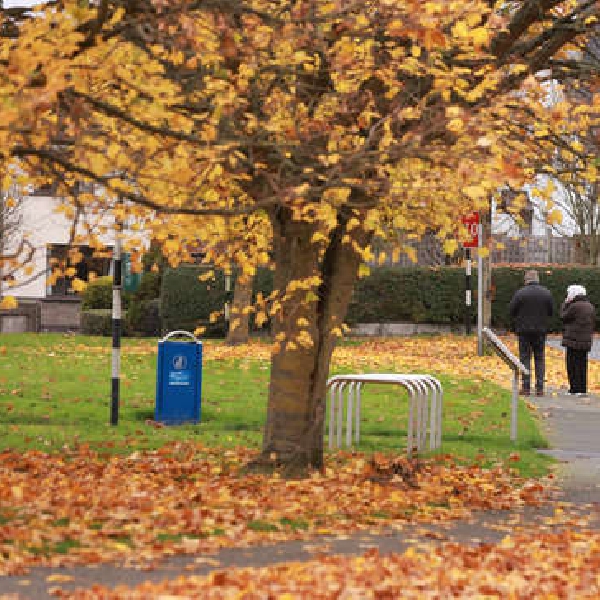 Irish Business Against Litter has found Naas the cleanest among 40 cities and towns surveyed, with Maynooth a close second

Naas has been voted the cleanest town among 40 cities and towns surveyed, The final litter study of 2022 by business group Irish Business Against Litter

Maynooth rose to second place in the table, its best ever result.

This year showed a dramatic rise in the numbers of areas deemed clean across Ireland.

IBAL says the prevalence of plastic bottles and cans in the study strengthens the case for the impending Deposit Return Scheme.

An Taisce conducts the surveys on behalf of IBAL. In recent years Naas attained a level of cleanliness and presentation that should inspire local authorities across the country to better things, the report stated.

The town continues to thrive in the league with virtually all the sites surveyed getting the top litter grade and no seriously littered ones.

The Main Street was exceptionally well presented and maintained; there was a complete absence of litter at Friary Road Car Park and Harbour View was very much deserving of the top litter grade – a notable improvement on recent IBAL surveys.

The An Taisce report for Maynooth stated: Maynooth continues to score very highly in the IBAL league with nine out of the ten sites surveyed getting the top litter grade and no seriously littered sites.

All of the approach roads got the top litter grade, creating a positive first impression of the town.  Other sites of note included University Campus, Maynooth Seminary, Carton Demesne and Main Street / Leinster Street – these were not just good with regard to litter but were very well presented and maintained.

Cleanliness levels nationwide improved by 6% in 2022.

For the third year in succession, Waterford was the cleanest city, ahead of Galway.  Urban areas improved by 12%, yet they continue to occupy the lower positions in the IBAL rankings.

“The results reflect a pattern of improvement since the peak of the Covid pandemic, when litter levels soared, especially in cities,” said IBAL’s Conor Horgan.

“In particular we are seeing local authorities concentrate their efforts on ridding areas of heavily littered sites. We have no reason to believe this improvement will not be sustained.

"Cleanliness is a virtuous circle: clean streets beget clean streets, inspiring a pride and consciousness of the environment among people.”

Plastic bottle and cans continue to be a major source of litter, second only to sweet wrappers and present in one in three of the 500-plus sites surveyed.

IBAL believes the findings bolster the case for a deposit return scheme, which is due to be introduced this year, and which will see consumers paying a deposit which they can reclaim on returning their containers to a retailer or other collection point.

“Based on this data the scheme is sorely needed and stands to rid our streets of a significant amount of litter. The same applies to the proposed coffee cup levy,” commented Conor Horgan.

While there was a fall in the prevalence of coffee cups, they were still found in 25% of sites surveyed.

"We welcome the announcement that cigarette manufacturers will now be contributing to the cost of clean-up, but we really need to see preventative measures such as widespread butt disposal facilities alongside innovative packaging which can store butts," said Conor Horgan.

The Mayor of Naas Municipal District, Cllr Evie Sammon, will be presented at noon today in Poplar Square, Naas with the inaugural Dr Tom Cavanagh Memorial Trophy, in honour of IBAL’s founder and Chairman, who passed away in September.

2022 marked the 20th anniversary of the IBAL Anti-Litter League.