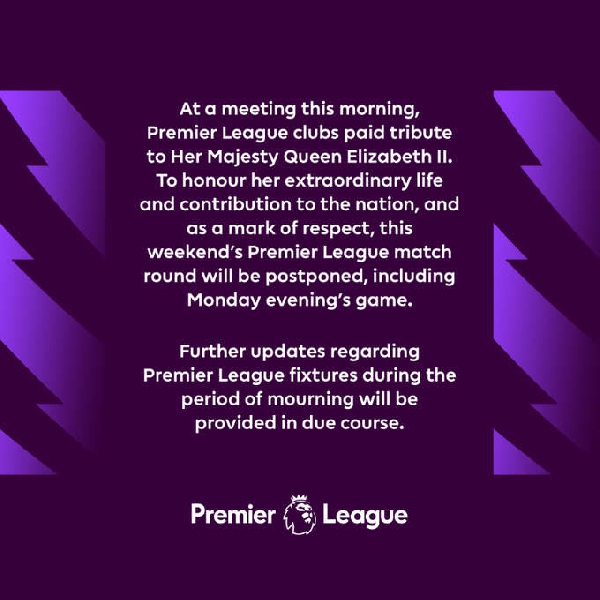 Tomorrow, there are 3 games in St. Conleth's Park, Newbridge.

Senior B Hurling Semi Finals in Manguard Plus Hawkfield Pitch 1

KFM will have live updates from tomorrow’s and Sunday’s games in extended 'Sportsbeat' programmes.

This weekend's matches in the Premier League have been postponed, following the passing of Britain's Queen Elizabeth.

Further updates regarding fixtures scheduled during the period of mourning will be issued in due course.

Games in the Football Leagues have also been postponed.

The Irish Football Association has also called off all of its weekend fixtures.

They'll join the Hoops at the summit if they beat UCD.

At the same time, Maynooth University Town are away to Tolka Rovers.

World number one Iga Swiatek is through to the US Open final.

She came from behind to beat Aryna Sabalenka last night.

Ons Jabeur will provide the opposition in the decider after her win over Caroline Garcia of France.

In the men's draw, the first of the semi-finals between Casper Ruud and Karen Khachanov gets underway, at 8pm Irish time.

The BMW PGA Championship at Wentworth is currently suspended, following the passing of Britain's Queen Elizabeth.

The DP World Tour is expected to confirm at some point today whether play will resume or if the event will be cancelled.

The action was curtailed early yesterday with three players sharing the lead at eight-under-par.

Shane Lowry is six-under-par after his first-round with Rory McIlroy four-under.

It’s Longines Champions weekend at Leopardstown tomorrow, and at the Curragh on Sunday.

Joseph O’Brien won the Comer Group International Irish St. Leger - as a jockey - on 'Order of St. George' in 2015, but has yet to win the race as a trainer.

He will have two runners in the race at the Curragh on Sunday.

O'Brien says 'Raise You' has shown great improvement this year:

KFM will broadcast live from the Curraghon Sunday from 1.30pm.

Aside from Champions racing, it’s the Curragh’s Family Day, with lots of fun activities for all!