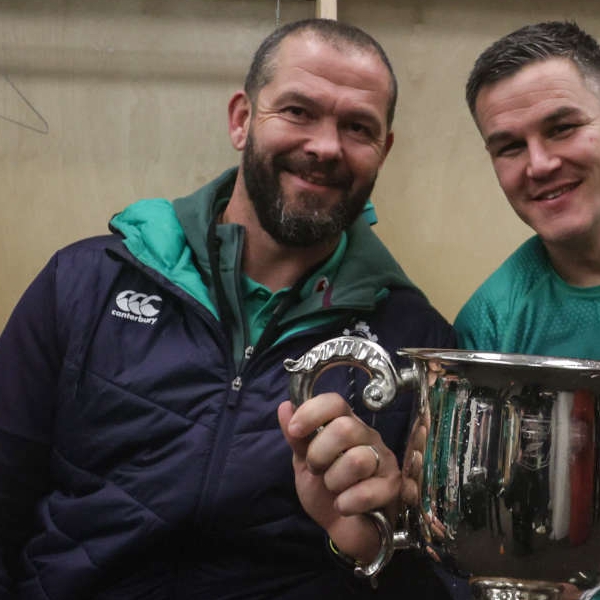 Maynooth V Clane in Manguard Plus Hawkfield Pitch 2, at 7.30pm.

The deadline for expressions of interest in the Mayo men's senior football manager's job is this evening.

Former All-Star Kevin McStay last night emerged as one of the candidate's for the role.

Ray Dempsey, Mike Solan and Declan Shaw have also been linked to the vacancy.

Ireland head coach Andy Farrell has signed a contract extension until August of 2025.

The former England international took the job in late 2019, having previously been part of Joe Schmidt's coaching team.

Ireland are now the number one ranked side in the world after a historic series win over New Zealand earlier this month.

Maynooth University Town are in action in the FAI Senior Cup first round tonight.

They play Villa FC of Waterford on the Maynooth University Astroturf pitch at 7.30pm.

Last season the Kildare side made it to the quarter-finals of the competition, where they were eventually beaten by Bohemians at Dalymount Park.

Finn Harps play Bohemians in the only all-Premier Division tie.

The Bit O'Red are through to the third round of qualifying for the Europa Conference League after a 3-0 aggregate win over Motherwell.

The westerners are set to receive around €850,000 in prize money for reaching this stage.

Two Irish players are in a share of the lead on Day Two of the Irish Challenge at Straffan's the K Club.

Conor Purcell and John Murphy are both ten-under-par with four holes left to play.

The next best Irish player is Tom McKibbin, who is three shots adrift on seven-under.

Sean Crocker of America is the leader at the Hero Open at Fairmont St Andrews.

He has a two-shot advantage in the clubhouse on 15-under-par.

Niall Kearney is just inside the cut mark on four-under ahead of his 1.50pm tee time.

It's day five of the Galway Festival, with the first of eight races going to post at 5pm.

The Guinness Handicap is the feature.

While, the King George Qatar Stakes is the big race on the penultimate day of Glorious Goodwood.