Friday Morning: McIlroy One Shot Behind Leader Adam Hadwin At US Open 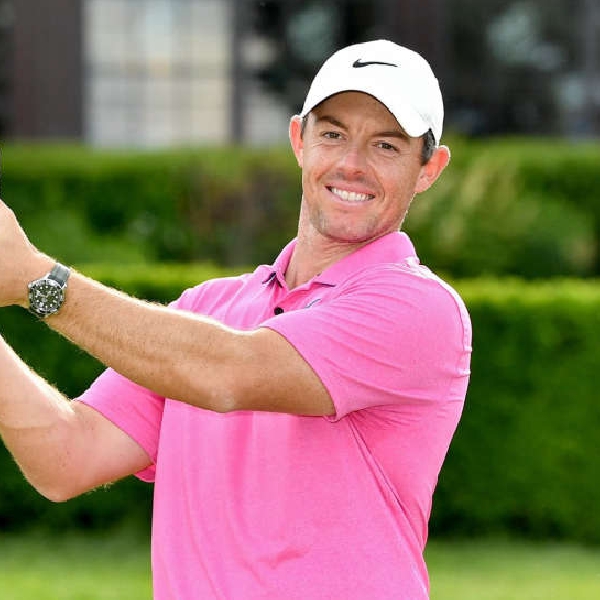 McIlroy finished his opening round 3 under

He began the US Open with a 3 under par round of 67 yesterday, and is one shot behind leader Adam Hadwin of Canada at Brookline.

Seamus Power is 1 over par and Shane Lowry is 2 over.

He shares the #USOpen lead pic.twitter.com/t5clHI22zj

McIlroy was asked how he feels at being called 'the conscience of his sport' for his criticism of the breakaway Saudi backed LIV Tour:
 
GAELIC GAMES

Kildare GAA's Senior Hurling League Division 1A and 1B finals have been called off for this weekend.

Ardclough were due to play Naas tomorrow night, but say they can't field a team and have given Naas a walkover.

Meanwhile, in Division 1B, Clane have given a walkover to Eire Óg Corra Choill, saying they won't be fielding a team.

That game was down to be played on Sunday.

After a fifth place finish in the 50-metre freestyle S6 last night, Nicole Turner is back in action at the World Para Swimming Championships this morning.

The Portarlington swimmer goes in the first heat of the Women's 100-metre breaststroke SB6 at 10.40am.

Five minutes before that, Barry McClements returns to the pool for heat-1 of the Men's 100-metre backstroke S9.

And just after 5pm this evening, Roisin Ni Riain attempts to secure a medal hat-trick when she goes in the final of the Women's 400-metre freestyle S13.

After the international break, the SSE Airtricity Premier Division resumes this evening with a clash of the top two.

Dundalk were on a run of four straight wins prior to the break, and welcome leaders Shamrock Rovers to Oriel Park.

Derry City will hope the break ended their poor run of form as they entertain Drogheda.

There are two Dublin derbies with Bohemians hosting Shelbourne, and St. Pat's up against UCD.


Galway United can go top of the First Division tonight if they win away to Bray.

All of this evening's games begin at 7.45pm.

Across the Atlantic, the Golden State Warriors have won the NBA Championship after beating the Boston Celtics 103-90 to take the series by 4 games to 2.

A seven-race card at Down Royal gets underway at 4.55pm.

The Group 1 Coronation Stakes is the feature on the penultimate day of Royal Ascot.