McIlroy & Lowry In Action In Dubai; Erasmus To Appeal Punishment By World Rugby 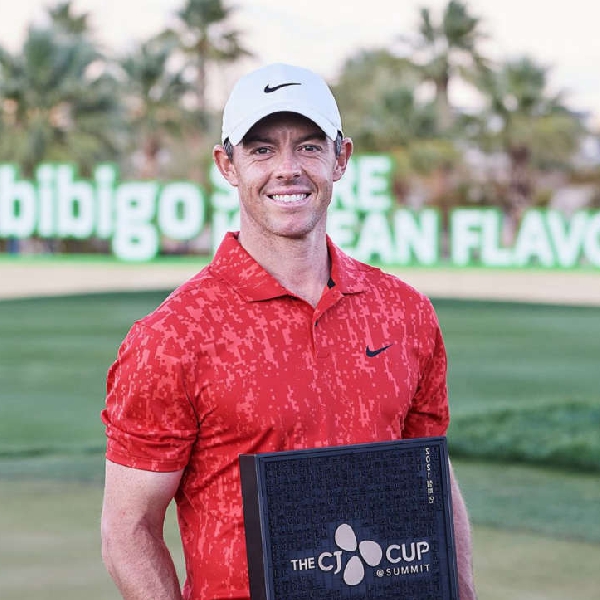 Rory McIlroy has made a blistering start to the DP World Tour Championship in Dubai.

He is 3 under par after just two holes following a birdie at the first and an eagle at the second hole.

Germany's Martin Kaymer leads on 4 under par after 13 holes of his opening round.

Shane Lowry has made a par on his opening hole.


On the PGA Tour, Seamus Power and Graeme McDowell are in action at the RSM Classic later.

Leona Maguire lines up in the LPGA Tour Championship in Florida.

Rassie Erasmus says he will appeal the punishments dealt to him by World Rugby.

The South Africa director of rugby has been banned from all matchday activities until October of next year.

He is not allowed any involvement in rugby for the next two months, and has been ordered to apologise to referee Nic Berry.

Erasmus used an hour-long video to critique Berry's performance in July’s first test between the Springboks and the Lions.


James Ryan says Ireland can get even better despite the impressive victory over the All Blacks.

Argentina are the next opponents on Sunday and Ryan says recent displays have been marked by consistency.

Meanwhile, Ronan O'Gara has warned Ireland not to get carried away with their win over the All Blacks.

O'Gara doesn't feel New Zealand were at their best:

2021 U23 Football A Championship Quarter Final

2021 U23 Football B Championship Quarter Final

Tonight’s U23 A Football Championship Quarter Final between Carbury & Balyna will now be played on Friday, with throw-in at 7:30pm.

The head of the women's tennis tour has expressed his concern over the safety of Peng Shuai (PR: Shway).

The Chinese tennis player has not been seen or heard from since making an allegation of sexual abuse against a former Chinese state official.

An email to Steve Simon - claiming to be from Peng - called the allegation false, and said she was safe and well.

But the WTA chairman says that mail has only increased his concerns about Peng's safety.

There's a meeting over jumps today at Thurles, with the first off at midday.