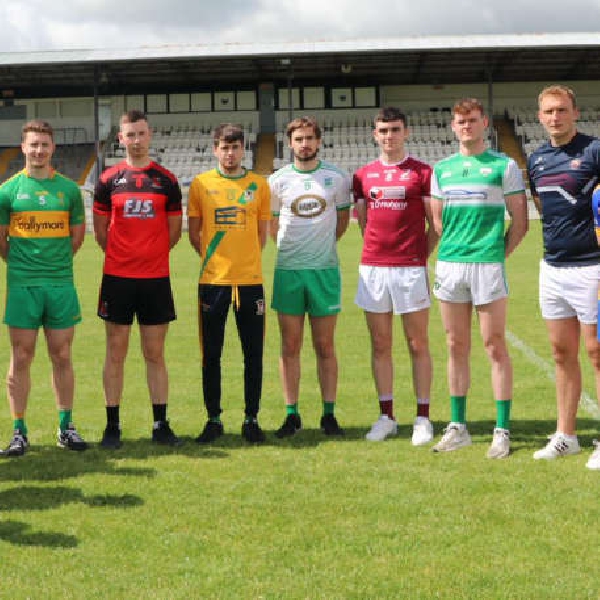 Plan to build on three-in-a-row

The Adare man made history by becoming the first captain to lift the Liam McCarthy on four occasions, following the Treaty's 1-31 to 2-26 victory against Kilkenny.

After a busy weekend on the local GAA front,

Following the local GAA results over the weekend, the winners and losers groups have been confirmed in the Senior and Intermediate football championships.

In the Joe Mallon Motors SFC:

𝟐𝟎𝟐𝟐 𝐊𝐢𝐥𝐝𝐚𝐫𝐞 𝐒𝐅𝐂
What a breathless weekend in glorious sunshine across all the championships this weekend. Groups have now been decided for the SFC going forward and the fixtures should be out soon. Some of these games were too close for comfort for the favourites! pic.twitter.com/iFDSUmcnwi

𝟐𝟎𝟐𝟐 𝐊𝐢𝐥𝐝𝐚𝐫𝐞 𝐈𝐅𝐂
Teams from all four divisions clashed this weekend to decide the groups for the Intermediate football championship and the games didn't disappoint! The group stages are going to be fascinating with some really competitive matches for us to enjoy!! pic.twitter.com/kx9i2pS7eK

On Saturday, the Kildare camogie side preserved their All Ireland Intermediate Championship status, with a victory over Laois in the relegation final.

Kildare were trailing at half time, but came back in the second half and forced it to extra time.

*This morning's 'Kildare Today' will review the weekends games with match commentators Ger McNally & Seamus Dillon, from 10.45am.

Rory McIlroy says his inability to get birdies on the back nine on the final day cost him victory at the Open.

The Down man's wait for a fifth major will go into a ninth year after he finished third on 18-under par at Saint Andrews - with Australian Cameron Smith lifting the Claret Jug for the first time.

Shane Lowry took a share of 21st while qualifier David Carey was 62nd.

Derry City have moved up to second place in the SSE Airtricity League Premier Division.

They secured a last-gasp 2-1 win at Finn Harps last night.

UCD drew level on points with Harps at the bottom of the table, thanks to a 2-0 win against Sligo Rovers at the Showgrounds.

Sweden are into the last-eight of the Women's Euros after thrashing Portugal 5-0 last night.

They'll be joined in the quarter-finals by the Netherlands, who finished runners-up in Group C after a 4-1 victory over Switzerland.

France - who will face the Netherlands in the next round - take on Iceland, who are hoping to book their spot in the knock-out phase, tonight.

If Iceland lose, the winner of Italy and Belgium would leapfrog them to qualify.

Thomas Barr has missed out on a place in the 400-metres hurdles final at the World Athletics Championship.

The Waterford Olympian finished fifth in his semi-final in Oregon this morning and was 19th overall.

Andrew Coscoran, who was a semi-finalist at the Tokyo Olympics, placed 12th in his 1500-metres semi.

Ireland will officially move to the top of rugby's world rankings later this morning.

Andy Farrell's side are set to go ahead of France following their 32-22 victory against New Zealand on Saturday.

That win secured a maiden Test series success away to the All-Blacks and it'll be Ireland's first time to be world number one since 2019.