Naas Progress In Leinsters; Burke Back In Charge At Sarsfields 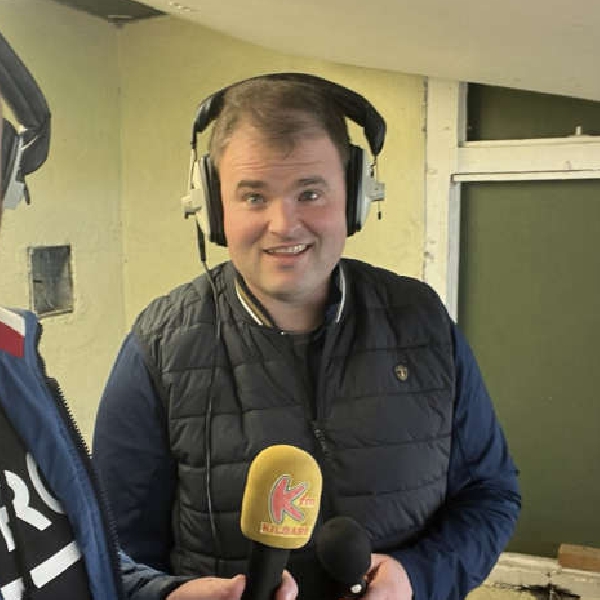 Naas are now in the quarter-finals of the Leinster Championship.

Yesterday in the the first round the county champions beat Tullamore 2-11 to 3-7, at St. Conleth's Park, in Newbridge.

Naas will now play Blessington in the quarters.

A brilliant end to the game. Naas advance to the quarter-finals! pic.twitter.com/37DdjMMqGO

It was confirmed yesterday evening Davy Burke will manage Sarsfields Seniors Men's for 2022.

The former Wicklow manager previously managed the side to county title victory in 2019.

They won the football title with a 1-7 to 1-6 win over St Judes at Parnell Park.

Knockmore collected a second Mayo crown in a row with a 1-9 to 0-6 win over Belmullet.

He will speak ahead of their Champions League meeting with Villarreal tomorrow.

Carrick has been placed in charge following the dismissal of Ole Gunnar Solskjaer.

The Norweigan's time at the helm came to an end following Saturday's 4-1 defeat to Watford.

Solskjaer says he gave his all as manager:

Reports suggest that Zinedine Zidane - who has been linked with the role on a permanent basis - is not interested in moving to Old Trafford.

Manchester City are back up to second in the Premier League.

Pep Guardiola's side overcame the challenge of Everton 3-0 yesterday.

Republic of Ireland captain Katie McCabe was on target for Arsenal in a 2-0 win over Manchester United in the Women's Super League.

Jason Knight scored for Derby in their 3-2 win against Bournemouth in the Championship.

Andy Farrell's side scored seven tries in a 53-7 hammering of Argentina at the Aviva Stadium.

It was a third win in a row for the hosts, who had already beaten Japan and New Zealand this month.

He ended in a tie for fourth on 15-under - 7 shots behind winner Talor Gooch.

Leona Maguire capped off her LPGA Tour season with a 12th placed finish at the Tour Championship in Florida.

The Cavan golfer shot a final round of two-under 70 to post a total of 14-under.

Jin Young Ko of South Korea was the winner on 23-under.

Rory McIlroy saw his bid for the DP World Tour Championship title falter on the back nine yesterday.

The Down native carded three bogies down the stretch to finish five shots behind the winner Collin Morikawa.

McIlroy was 12-under overall, with Shane Lowry a shot further back.

Lewis Hamilton is now just 8 points behind Max Verstappen in the Formula One title race.

He won the Qatar Grand Prix for back-to-back victories, while Verstappen finished second.