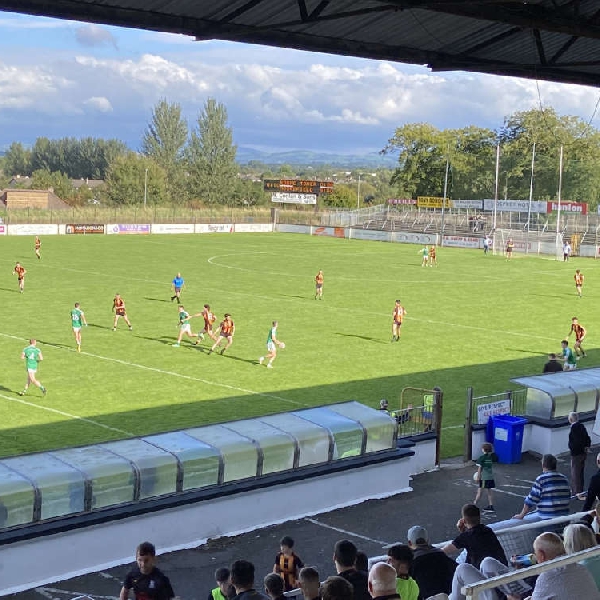 Kfm will have commentary from 1pm on Sunday’s of the Naas vs Tullamore game, along with live updates of the women’s game.  Sundays sports coverage from 1pm to 6pm isin association with Auxilia Consultants, Millennium Park, Naas,Your Local Support for  all your Business Management Consultancy Needs. 045 850 668. https://auxiliaconsultants.com

Kilcock are away to Wicklow intermediate champions An Tochar on Saturday at 1pm, while Kilcullen play that county’s junior champions Barnderrig in St. Conleth’s also at 1pm.

As there are no press or broadcast equipment facilities in Arklow, Kfm will have rolling live updates of both games from 1pm, with Ger McNally in Arklow and Seamus Dillon in St. Conleth's Park.  Saturday's sports coverage 1pm to 6pm is in association with Moyglare Sand and Gravel, Kilcock. 01 628 7145 / 01 6287944 · Fax: 01 628 7141 · info@moyglaresandandgravel.ie, http://www.moyglaresandandgravel.ie

* Note: Tonight’s U23 A Football Championship Quarter Final between Carbury & Balyna will now be played on Friday @ 7:30pm.

Rory McIlroy leads the way on the opening day of the DP World Tour Championship.

The four-time major winner shot a seven-under-par 65 in , which included six birdies and an eagle.

Shane Lowry finished on three-under after a bogey 6 at the last.

==
Jack O'Donoghue will captain for their upcoming United Rugby Championship games in .

He's part of a 29-man squad named for the matches against the Bulls and the Lions.

The squad does not include any of their Irish internationals.

==
Former coach Rassie Erasmus will appeal the sanctions on him by World Rugby.

Erasmus has been ordered to apologise to referee Nic for his lengthy criticism of the official following the first test against the Lions.

The South African director of rugby has received an immediate two month ban from the sport and won't be involved in match day activities until next October.

She has not been seen since accusing a former top member of her country's government of sexual assault.