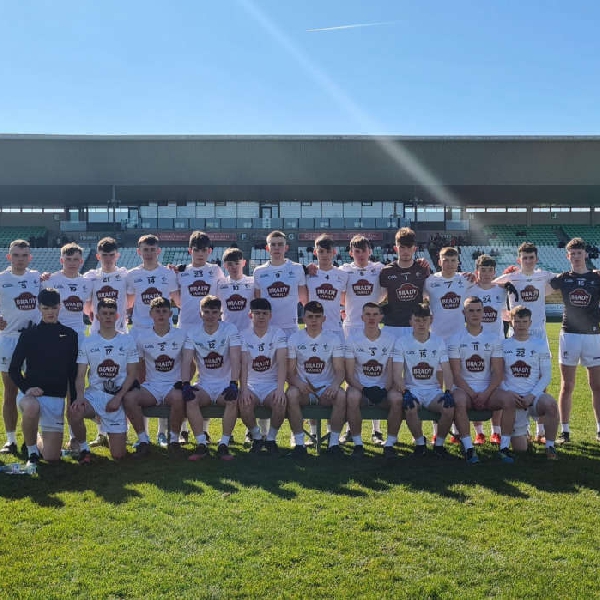 Kildare men’s minor footballers are into the Leinster final.

The game was effectively over by half time with Kildare leading by 1-11 to 0-2 points – the Kildare goal scored by Sarsfields’ Ben Loakman, after 26 minutes.

Kildare will now play Dublin in the final, after they beat Offaly 2-13 to 2-4 in Parnell Park, yesterday evening.

The final will be played next Wednesday, 18th May, in O’Moore Park, Portlaoise.

Kildare GAA has not stated any reason for the change - the game was previously fixed for 1pm.

It could be either a request from Sligo, or more likely, to allow Kildare fans attending the hurling the time to travel to Carrick-on- for the U20 All Ireland football final, at 5pm.

On Saturday, KFM will have live updates of the hurling and full commentary of the U20 final, in association with Homecare Solutions, Unit 4, Rathasker Sq, Naas.

The venue and time for the Under-14 Ladies Football All Ireland Final has been announced.

Kildare will play  on Saturday May 21st.

Manager Pep Guardiola thinks De Bruyne has been exceptional this season, but admits he could have scored more at Molineux:

The best bits from our huge win at Molineux 💪

Which goal was your favourite? 👇#ManCity pic.twitter.com/vLnWnNKdaq

Leeds United remain in the relegation zone after they lost 3-0 at home to Chelsea.

Everton edged closer to safety by earning a point following a goalless draw at Watford.

There's a 7.45pm kick-off at the Tottenham Hotspur Stadium.

Kieran Tierney and Thomas Partey are injury absentees for Arsenal, who hold a four point cushion over Spurs in the table.

Celtic are Scottish Premiership champions for the 10th time in 11 seasons.

A 1-1 draw at Dundee United was enough for the Glasgow club to clinch the title for a 52nd time.

Celtic boss Ange Postecoglou is delighted for the club's supporters:

Seamus Power and John Murphy carry Irish hopes in the Byron Nelson tournament, which starts today on the US PGA Tour in Texas.

Leona Maguire and Stephanie Meadow line up in the Founders Cup on the LPGA Tour in New Jersey.

After yesterday's three wins out of four, three more Irish fighters are between the ropes at the Women's World Championships in Istanbul today.

Niamh Fay faces Modestine Munga Zalia of the Democratic Republic of Congo in the bantamweight last 32.

Enniskerry's Kaci Rock is in last 32 action against Austeja Auciute of Lithuania.

There's a meeting over jumps at Clonmel today from 4.30pm.

'Bluegrass' represents the stable of Aidan O'Brien in the Group 2 Dante Stakes at York from 3.35pm.