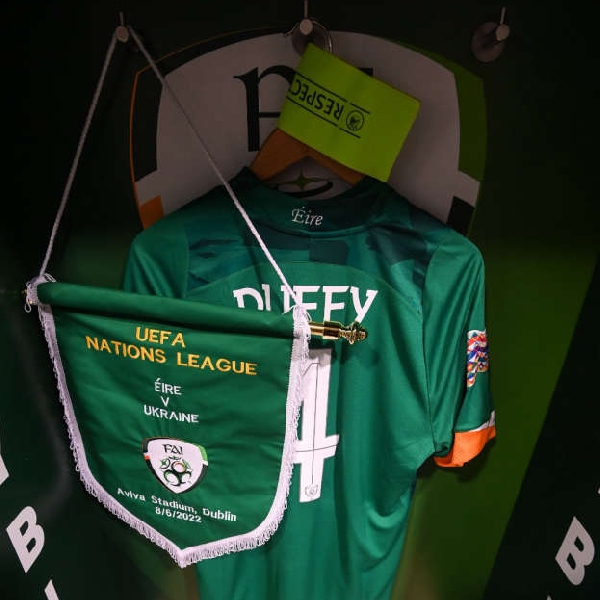 The side have lost the last 12 games

The Republic of Ireland's winless run in the Nations League has extended to 12 matches.

They suffered a 1-0 defeat to Ukraine at the Aviva Stadium last night.

It means Ireland are bottom of their group after two successive losses to begin the current campaign.

Manager Stephen Kenny says despite poor results, he still believes his side is making progress:

A 94th minute goal gave the Netherlands a 2-1 win over Wales in Cardiff last night.

This evening, Northern Ireland bid for their first win of this Nations League campaign.

Ian Baraclough's side are away to Kosovo from 7.45pm.

The Republic of Ireland under-21s could be assured of a European Championship play-off place by tonight.

Italy take on Sweden in their qualifying group this evening.

If the Swedes fail to win, Ireland will be guaranteed second place ahead of their final group game next week against the Italians.

The Canadian Open returns to the PGA Tour schedule after a two-year Covid-enforced absence today.

Shane Lowry goes out at lunchtime along with Brandt Snedeker and Matt Fitzpatrick.

While Rory McIlroy plays alongside Justin Thomas and Canada’s own Corey Connors.

The controversial Saudi-backed LIV Golf series gets underway in the UK later.

Phil Mickelson's among the star names in action at the Centurion Club near London, where there's a prize pot of £16 million in the individual competition.

The Saudi-regime has been accused of using it as a form of "sports washing".

Former world number one Dustin Johnson is among the players who have turned their back on the established PGA Tour to focus on the new series.

Ulster duo Jonathan Caldwell and Olivia Mehaffey are both involved in the Volvo Scandinavian Mixed event, which gets underway in Halmstad today.

There’s a seven-race card at Leopardstown this evening, with the first going to post at 5.15pm.