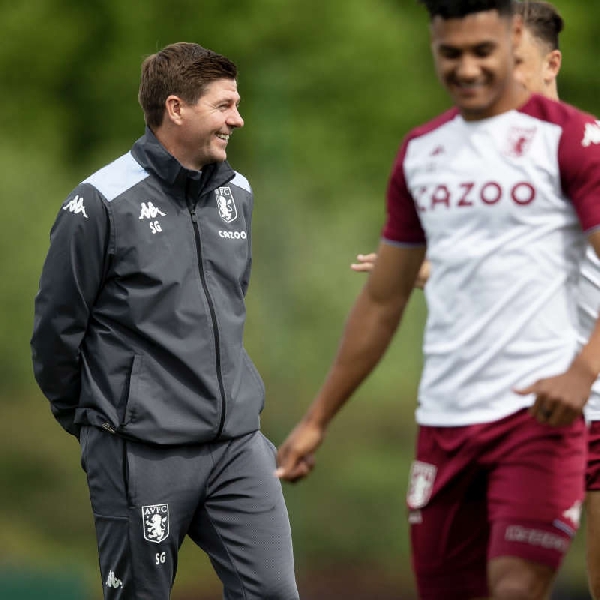 Gerrard says his job is to win matches for Villa

His Aston Villa side welcome his former club Liverpool to Villa Park tonight.

The visitors are still in the hunt for the title, three points behind Manchester City, with three games to go.

Gerrard insists his focus is on Villa:

Kick off this evening is at 8pm.

The Ireland international was on target in a 3-1 win over Sligo Rovers.

Derry City dropped to second having been held to a nil-all draw by St Pat's.

Anything other than a win for Dundee against Hibernian tonight will see them relegated from the Scottish Premiership.

They're six points adrift at the bottom with two games remaining.

KFM will have updates of the game, on 'Sunday Sportsbeat'.

Meath could be boosted by the return of former captain Shane McEntee for Sunday's Leinster football semi-final with Dublin.

The Dunboyne player is currently at home on a break from a tour of duty with the Defence Forces.

It's understood he trained with the panel last weekend.

Cork will be without Kevin Flahive for the All-Ireland football qualifiers.

The Douglas defender has been ruled out for the remainder of the season with a knee injury.

He picked up the knock in Saturday's loss to Kerry in the Munster Championship.

15-time major winner Tiger Woods and defending champion Phil Mickelson have been confirmed in the field for next week's PGA Championship.

The year's second major will be played at Southern Hills Country club in Tulsa.

Woods made his competitive return to the sport at last month's Masters, while Mickelson hasn't played a tournament since February.

Mayo strawweight Shannon Sweeney is the latest Irish boxer between the ropes today at the Women’s World Championships.

She faces Aldana Florencia Lopez of Argentina for a place in the last-16.