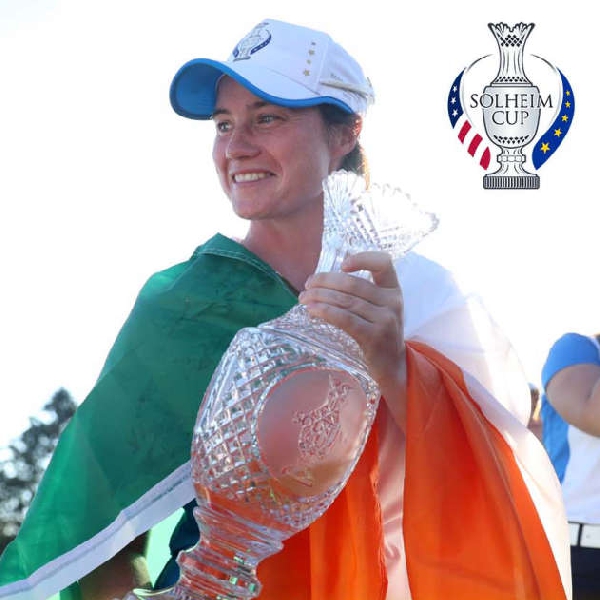 Most successful rookie of tournament

Leona Maguire says she will take confidence from her Solheim Cup performance.

The Cavan native won four and a half points, as Europe beat the USA 15-13 in Ohio to retain the trophy.

Maguire secured her status as the most successful rookie in the tournament's history with a 5 and 4 singles win over Jennifer Kupcho last night.

The 26-year-old said she exceeded her own expectations:

=
Mayo's Oisin Mullin could be poised to return from injury for this Saturday's All-Ireland football final against Tyrone.

It's reported that last year's Young Player of the Year is back in training after a quad injury.

Group leaders Serbia are the visitors to Dublin this evening as the Republic of Ireland's World Cup qualifying campaign continues.

Stephen Kenny's side have just one point from their first four matches in Group A.

Serbia were 3-2 winners when the sides met in March.

However, they could be without striker Aleksandar Mitrovic who is a doubt, with a facial injury.

Steve Clarke's charges are in third position in the table ahead of tonight's game in Vienna.

After last week's win over Bosnia and Herzegovina, the Republic of Ireland U-21s will look to maintain their unbeaten start to the European Championship qualifying campaign later.

They're in Dudelange for a meeting with Luxembourg.

Three-time World Cup winner Pele is in recovery after undergoing surgery to remove a tumour from his colon.

The Brazilian confirmed his hospital treatment on social media today - promising to meet his illness "with a smile".

The 80-year old scored 757 career goals, leaving him behind only Cristiano Ronaldo and Josef Biscan on the all-time list.

Novak Djokovic is through to the US Open quarter-finals.

He'll take on Matteo Berettini in the last eight, after the Italian beat Oscar Otte.

British teenager Emma Raducanu has reached the quarter finals - as her dream debut at the tournament continues.

The 18-year-old is yet to drop a set in New York, and thrashed American Shelby Rogers last night to progress to the last-8.

There's an eight race card at Galway later on where the first goes to post at 3.55pm.