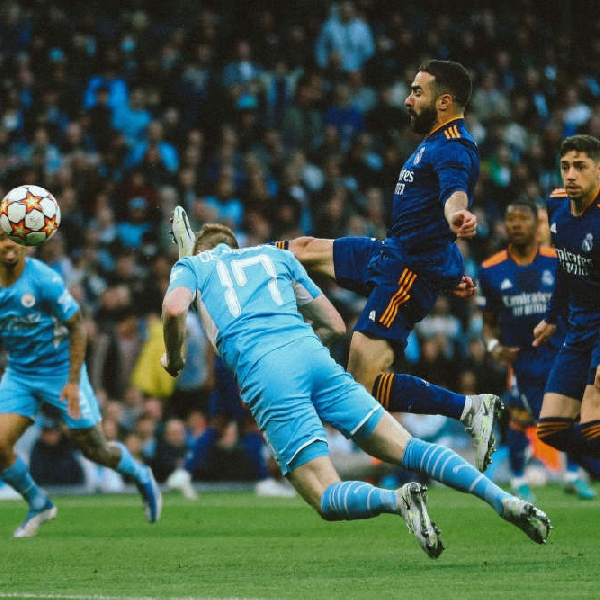 Second day of the Punchestown Festival is off at 3.40pm

City will take a 4-3 lead into next week's second leg - but were unable to capitalise on a number of chances at the Etihad.

Liverpool continue their bid for a quadruple this evening.

They welcome Spanish side Villarreal to Anfield for the first leg of their Champions League semi-final.

Manager Jurgen Klopp is hoping for another famous European night at the club's stadium:

Shelbourne are joint-top of the SSE Airtricity Women's National League this morning.

They beat Wexford Youths 2-0 last night to move level on points with Peamount.

Nottingham Forest moved to within three points of the automatic promotion places in the Championship after winning 1-0 at Fulham - who missed their first opportunity to secure the title.

Second placed Bournemouth came from 3-0 down to draw 3-3 at Swansea, and will host Forest next Tuesday.

Blackpool won 2-0 at already-relegated Barnsley in last night's other match.

Gordon Elliott could bring his career tally of winners to 2,000 today, at Punchestown.

The Meath trainer is on the brink of the landmark after four winners on the opening day of the festival yesterday.

He sends Galvin off in the day's feature, the Punchestown Gold Cup, 5.55pm.

This morning's 'Kildare Today' will mark your cards with bookmaker, Daragh Fitzpatrick.

James McCarthy is set to captain the Dublin senior footballers in this year's championship.

The eight-time All-Ireland winner will assume the role from Jonny Cooper, who led the side in last year's campaign.

Dublin begin the defence of their Leinster title this Saturday against Wexford.

Ronnie O'Sullivan needs just two more frames to book his place in the semi-finals of the World Snooker Championship.

He takes an 11 frames to five lead into this morning's session against Stephen Maguire.

On the other table, Judd Trump resumes with a 5-3 lead over Stuart Bingham.

In the other last eight ties, John Higgins leads Jack Lisowski 5-3, while Yan Bingtao and Mark Williams are level at 8-frames apiece.

Both of those matches get back underway this afternoon.