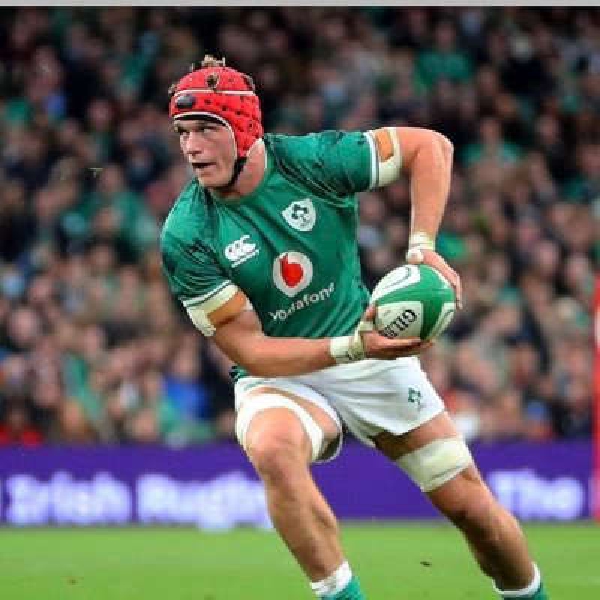 Goals by Cody Mulhall on 19 minutes, Jody Dillon on 45 minutes and a 92nd minute goal by Ricky Moriarty.

Chris Cudden’s had the Athy goal.

Harry Maguire looks poised to start for England in their World Cup opener against Iran later.

Reports suggest the Manchester United defender will feature in their Group B encounter, which kicks off at 1pm in Qatar.

In the same group, Wales and the USA meet from 7pm.

The day's other game between the Netherlands and Senegal kicks off at 4pm.

3 finals yesterday in the Whitewater Shopping Centre U23 football competition.

On Friday night, in the C final, Rathangan beat Allenwood 11 points to 10 after extra time.

This morning’s Kildare Today will review the weekend games at 10.45.

Ireland and Leinster back row Josh van der Flier has been named the World Rugby Player of the Year for 2022.

He beat off competition from team-mate Johnny Sexton to win the award for the first time.

Sexton and Keith Wood are the only previous Irish winners of the award.

On the PGA Tour, Seamus Power ended in a tie for fifth at the RSM Classic behind winner Adam Svensson.

Rory McIlroy was crowned European number one after finishing fourth at the DP World Tour Championship behind champion Jon Rahm.

World number one McIlroy has ended the year as the top ranked player on both the US and European tours.

Mark Allen produced a superb comeback to land the biggest win of his career last night.

The Antrim native came from 6-1 down to beat Ding Junhui  by ten frames to seven in the UK Championship final.

It's Allen's first time to win a Triple Crown event.

Novak Djokovic has climbed three places to fifth in the tennis world rankings after a record-equalling sixth ATP Finals title.

The Serb clinched a straight sets victory over Casper Ruud of Norway in the decider in Turin.