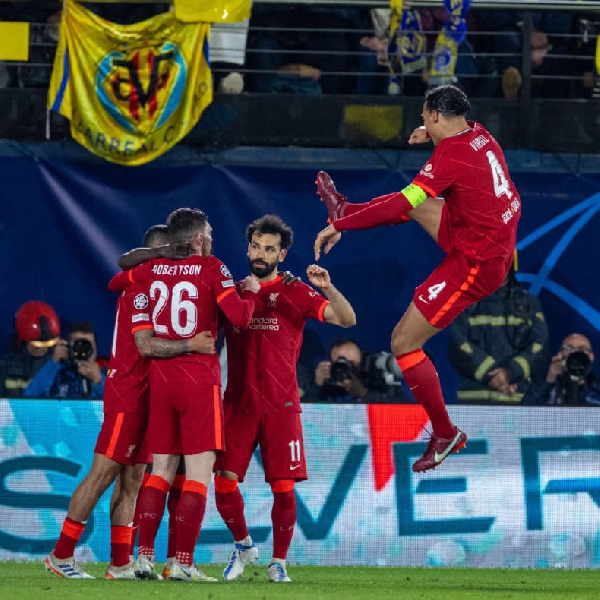 After a shaky first-half the Reds beat Villareal 3-2 on the night; 5-2 on aggregate

The quadruple remains alive for Liverpool.

The Reds beat Villareal to advance to the Champions League Final on May 28th in Paris.

Liverpool beat the Spanish side 3-2 on the night, and 5-2 on aggregate.

Manager Jurgen Klopp was asked what it's like to be the first English team to reach the European, FA and League Cup deciders in the same season:

Reds Defender, Andy Robertson, says it feels great to be in another major showpiece:

Liverpool's opponents will be either Manchester City or Real Madrid.

They take a 4-3 lead to Real Madrid tonight, for the second leg of their semi final.

Pep Guardiola's side lost to Chelsea in last year's decider.

The City boss says they'll be giving their all to get there again - but that may still not be enough:

Kick off at the Bernabeu is at 8pm.

The Cherries qualified automatically from the Championship with a 1-0 defeat of Nottingham Forest last night.

The Irish Independent is reporting Bernard Dunne has resigned his position as High Performance Director of the Irish Athletic Boxing Association.

It follows a row with the body since the Tokyo Olympics.