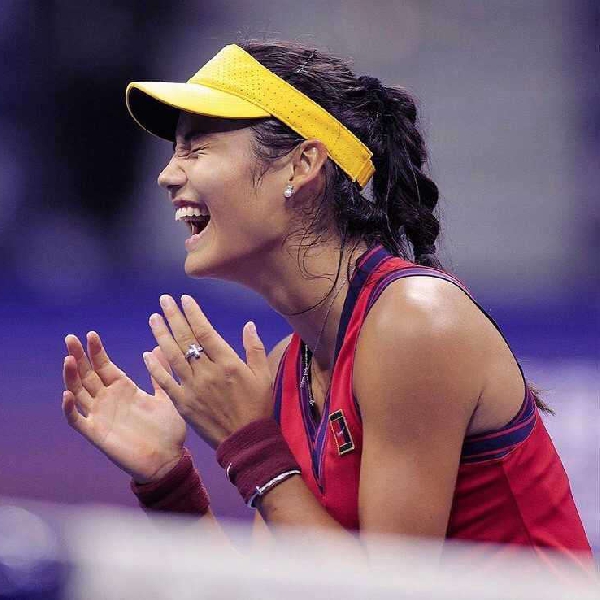 British teenager Emma Raducanu is into the final of the women's singles at the US Open in New York.

The 18 year old beat Maria Sakkari of Greece 6-1, 6-4 at Flushing Meadows and will now face another teenager, Canadian Leylah Fernandez, in Saturday's decider.

Raducanu has become the first qualifier to reach a women's Grand Slam final.

Virginia Wade was the last British woman to win a Grand Slam back in 1977.


The men's semi-finals get underway later, with second seed Daniil Medvedev up against Felix Auger-Alliasime.

While Novak Djokovic continues his hunt for a calendar year Grand Slam against Alexander Zverev.

He begins his second round of the BMW PGA Championship at Wentworth on 2 under par.

Kiradech Aphibarnrat and Christiaan Bezuidenhout are the joint leaders on 8 under.

Jonathan Caldwell and Graeme McDowell both resume on 1 under, while Harrington is level par.

Second plays third at the Showgrounds, with St. Pat's away to Sligo Rovers.

Bohemians will look to boost their European ambitions when they go to Drogheda.

And there's a north-west derby at the Ryan McBride Brandywell where Derry City play host to Finn Harps.


First Division leaders Shelbourne are away to Cork City this evening.

He's been named as captain for Leinster's pre-season friendly with Harlequins.

Kick-off at the Aviva Stadium is at 7pm.

There's an eight-race card at Ballinrobe today, with the first going to post at 3.55pm.