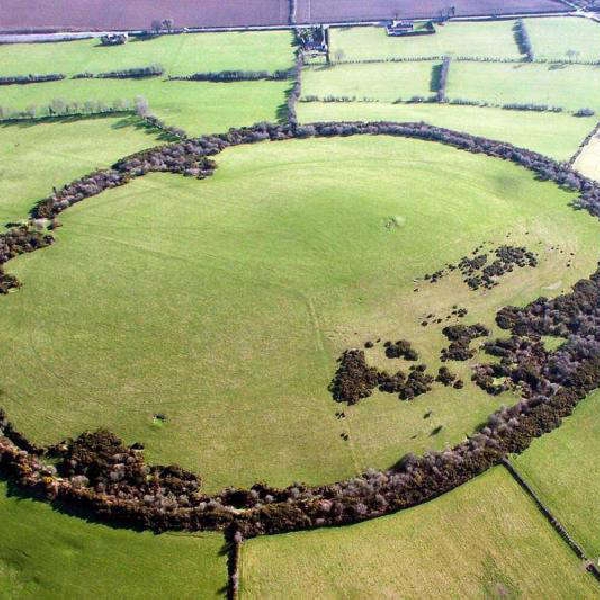 The site will be on the Tentative List for at least one year.

The site on the hill of Cnoc Ailinne (Knockaulin) in Kilcullen has been included on new World Heritage Tentative List for Ireland.

Ancient ceremonial site on the hill of Cnoc Ailinne is part of the Royal Sites of Ireland application which has been successfully included on new Tentative List for Ireland.

The Tentative List is an inventory of natural and cultural heritage sites that may have potential to demonstrate Outstanding Universal Value and therefore considered suitable for nomination to the World Heritage List.

It is a pre-condition for nomination that a site must be on the Tentative List for at least one year before work can formally begin on a nomination dossier. It is important to note that the nomination process does not necessarily result in the inscription of a site on the World Heritage List.

The Minister for Housing, Local Government and Heritage, Darragh O’Brien, TD, and Minister of State with Responsibility for Heritage and Electoral Reform, Malcolm Noonan TD announced the news today.

From the eighth century BC, Navan Fort, Dún Ailinne, the Rock of Cashel, Rathcroghan, have been the traditional royal centres of the North, East, South and West provinces, together with Tara, the seat of the High Kings, and the Hill of Uisneach, the symbolic central point of Ireland, forming a globally unique group of archaeological ceremonial complexes.

They demonstrate in physical form the development of power, ceremony and religion in a Celtic society minimally influenced by the Romans.

In line with UNESCO guidance, in January 2019 the Department of Housing, Local Government and Heritage sought applications to a new Tentative List for Ireland, to replace the current list dating to 2010.

All Local Authorities were requested to make applications to the Department with respect to any sites within their jurisdiction.

Six applications were received by the June 2021 deadline and the exhaustive and expert evaluation process over the last eleven months has concluded that three applications should be included on the new Tentative List for Ireland with details being sent to UNESCO Paris.