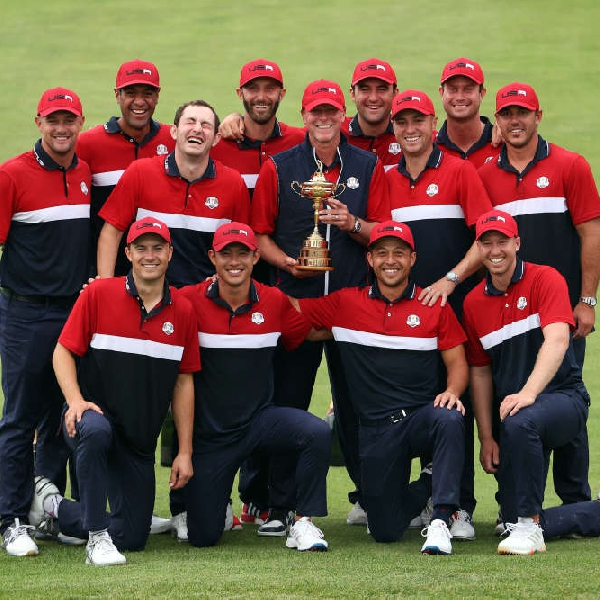 The United States have regained the Ryder Cup.

The hosts stormed to a record 19 points to 9 win over Europe at Whistling Straits.

Despite Rory McIlroy winning his match, Padraig Harrington's side lost the singles 8-4.

McIlroy's win on Sunday was his first point of the week.

The four-time major winner hailed the team spirit among the European players:

Mikel Arteta's side beat Tottenham 3-1 at the Emirates.

The hosts scored three first half goals to set themselves on course to victory.

Elsewhere, Wolves secured their second win of the campaign with a 1-0 success over Brighton.

In Scotland, Celtic's stuttering start to the season continued yesterday.

They were held to a 1-all draw by Dundee United.

Dundalk will look to build on their recent improved form with another win tonight.

They look for a third win on the bounce as they host Bohemians in the SSE Airtricity League Premier Division.

Republic of Ireland international Katie McCabe was on target for Arsenal in the Women's Super League yesterday.

McCabe scored the Gunners' third in a 5-0 win over Manchester City.

Anthony Joshua insists it's still possible he could face Tyson Fury in the future - after losing his heavyweight boxing world titles.

He was beaten by Oleksandr Usyk on Saturday night - but a rematch is planned for February or March next year.

Fury defends his WBC belt against Deontay Wilder a week on Saturday.

There is a jumps card at Roscommon today, with the first off at 1.20pm.